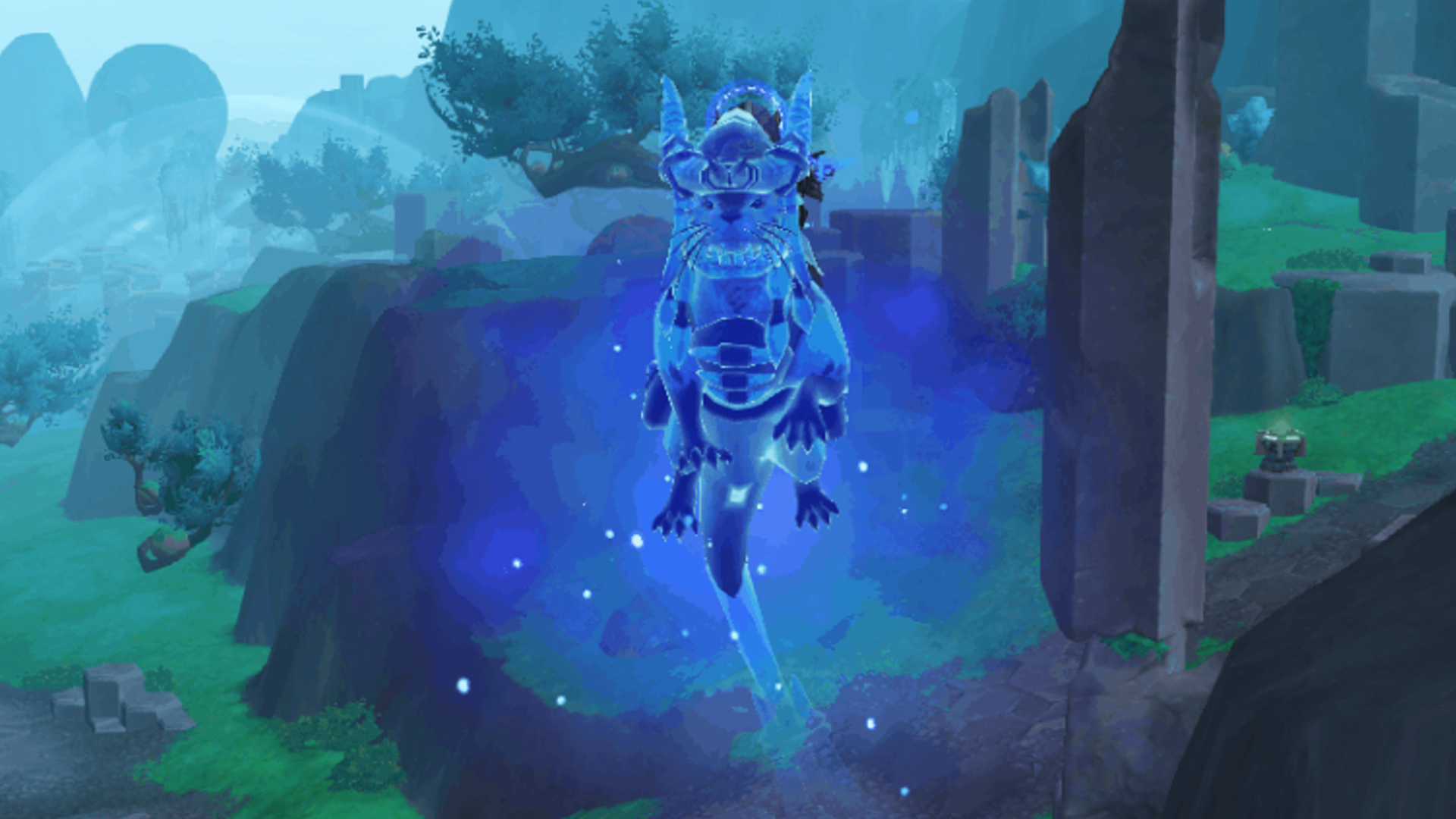 WoW Dragonflight mount collectors finally have a fantastic reward to look forward to with the Otterwordly Ottuk Carrier on the way. Developer Blizzard Entertainment revealed the mount in Dragonflight’s ongoing beta where players have been exploring the new Dragon Isles location in the popular MMORPG.

The new Otterwordly Ottuk Carrier is a flying blue ghost mount that is an adorable otter in bone armor. In order to obtain the flying creature, players must obtain 500 mounts total in WoW.

In the past, WoW players have bashed Blizzard for previous versions of the 500 mount achievement reward, which all have been reskinned mounts that weren’t deemed worth it for the mega grind that is obtaining hundreds and hundreds of mounts.

Now, finally, players have an awesome, unique mount to grind towards in the new Otterwordly mount. Its description reads, “some ottuks get into the spirit of carrying people around more than others.”

Not only does the ghost otter run on land at high speeds and fly through the air, it also has increased swim speed, making this mount true to the otter form and also incredibly dynamic. It’s been quite some time since WoW fans have been asking Blizzard for a decent mount reward to grind for, and it seems like the Otterwordly Ottuk Carrier hits the spot for players who want a cool mount that is also quite adorable.

Although there are tons of new mounts coming in Dragonflight, the Ottuk Carrier might take the top spot as the coolest debuting in the entire expansion. It may not be on theme with the other Dragons of the expansion, but it’s still both cute and cool; as can be.

If you are looking to get this mount when WoW Dragonflight launches, check out the best WoW addons.