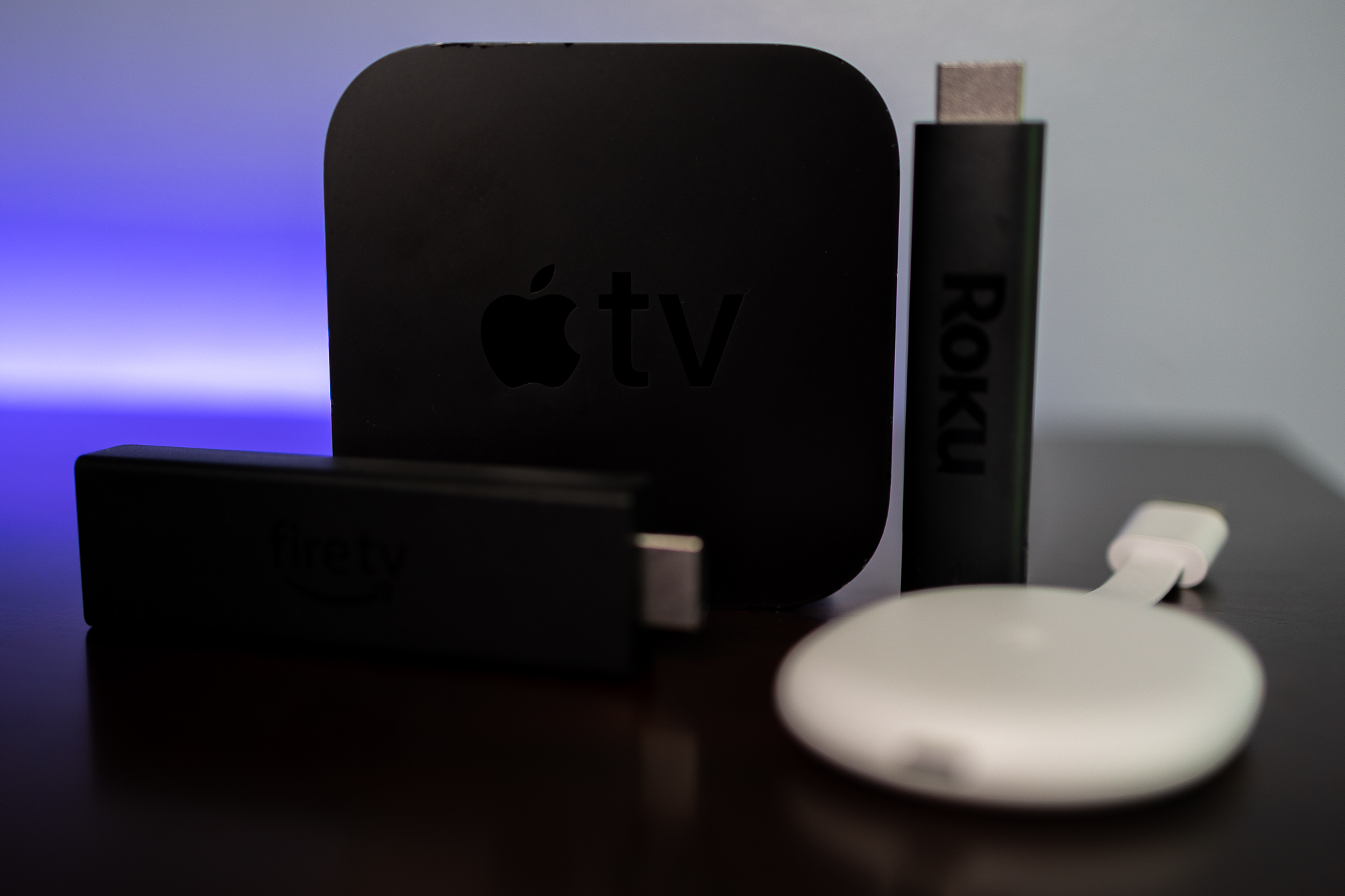 The Internet — that is folks who likely spend too much time on it — loves nothing more than to speculate about what Apple may do. Or even better, what Apple should do. The more foolish among us are sold bold as to say what Apple will do.

Today, let us be so bold. (And possibly foolish.) There has been a decent amount of scuttlebutt regarding the possibility of a low-cost Apple TV dongle. And on one hand, that makes a whole lot of sense. Apple’s current TV-centric hardware, the aptly named Apple TV 4K (not to be confused with the Apple TV app, which we’ll come to in a second, or the Apple TV+ streaming service, which we’ll also touch on) is a fine piece of kit, as they say in the biz. It’s overpowered for what it does, meaning that it streams shows and movies and the like really well, without any sort of lag or hesitation. It has just about every spec you could want. It serves as a HomeKit hub. It plays music and shows photos and allows you to seamlessly mirror your iPhone or iPad or Mac to your TV. The only problem is that it is several times more expensive than what most folks are buying these days, edging toward $200.

So yeah. Folks perhaps are right to want Apple to have something much less expensive.

It absolutely should not make such a device. And chances are it’s not. Because it still doesn’t have to.

The truth is that Apple doesn’t need a less-expensive piece of hardware connected to a TV. Not to make money, anyway. Such devices almost certainly aren’t generating any sort of profit, at least not by selling the hardware itself. Google has the $50 Chromecast with Google TV. Amazon Fire TV Stick 4K (which is the Fire TV Stick we recommend for most folks) is the same price. Neither company gives us much insight into how many they’re selling, or what the profit margin might be.

Roku, however, is a different story. Roku “Players” — that is, the hardware apart from Roku TVs — range from $30 to $100, and that’s before any sort of sale prices. And it’s said in the past that the majority of what it sells is in the sub-$50 range. What’s that mean for the bottom line? Put it this way — hardware hasn’t turned a profit since the first quarter of 2021 when it brought in $14.8 million on $107.7 in revenue. Since then, it’s seen gross profit losses of $6.7 million, $14.6 million, $45.9 million, and $15.1 million in the following four quarters. (Don’t feel bad for Roku — those same four quarters saw more than $1.5 billion in gross profit on the “Platform” side, which basically means everything but hardware.)

So we have a pretty good idea that cheap hardware isn’t a money-maker — and Apple very much is in the business of making money.

It helps a little if you think of hardware in terms of the greater platform. Google makes hardware not for hardware’s sake, but so that it can expand its search ecosystem that much more. The same goes for Amazon, though in that case, it’s e-commerce leading the way, with a secondary dose of search for good measure. Roku always has been a little different. Its simplistic operating system has (mostly) been platform-agnostic, meaning that it was made to run all the apps from all the services. It’s pivoted away from worrying about the money it makes on hardware and more than makes up for it in advertising revenue.

In other words, Apple already has low-cost — revenue-negative, really — hardware. It’s just that someone else is making it, and someone else is likely taking the loss on the balance sheets. And that someone is Roku and Amazon and Google and everyone else that allows the Apple TV app on its platform.

That won’t be entirely satisfactory to those who have been hoping for a $50 Apple TV experience. Is it possible Apple may choose to make something? Sure. Apple certainly has the cash to burn. But it shouldn’t. And while this isn’t a new idea — we thought through it in 2018 and came to the same result, just with different math.