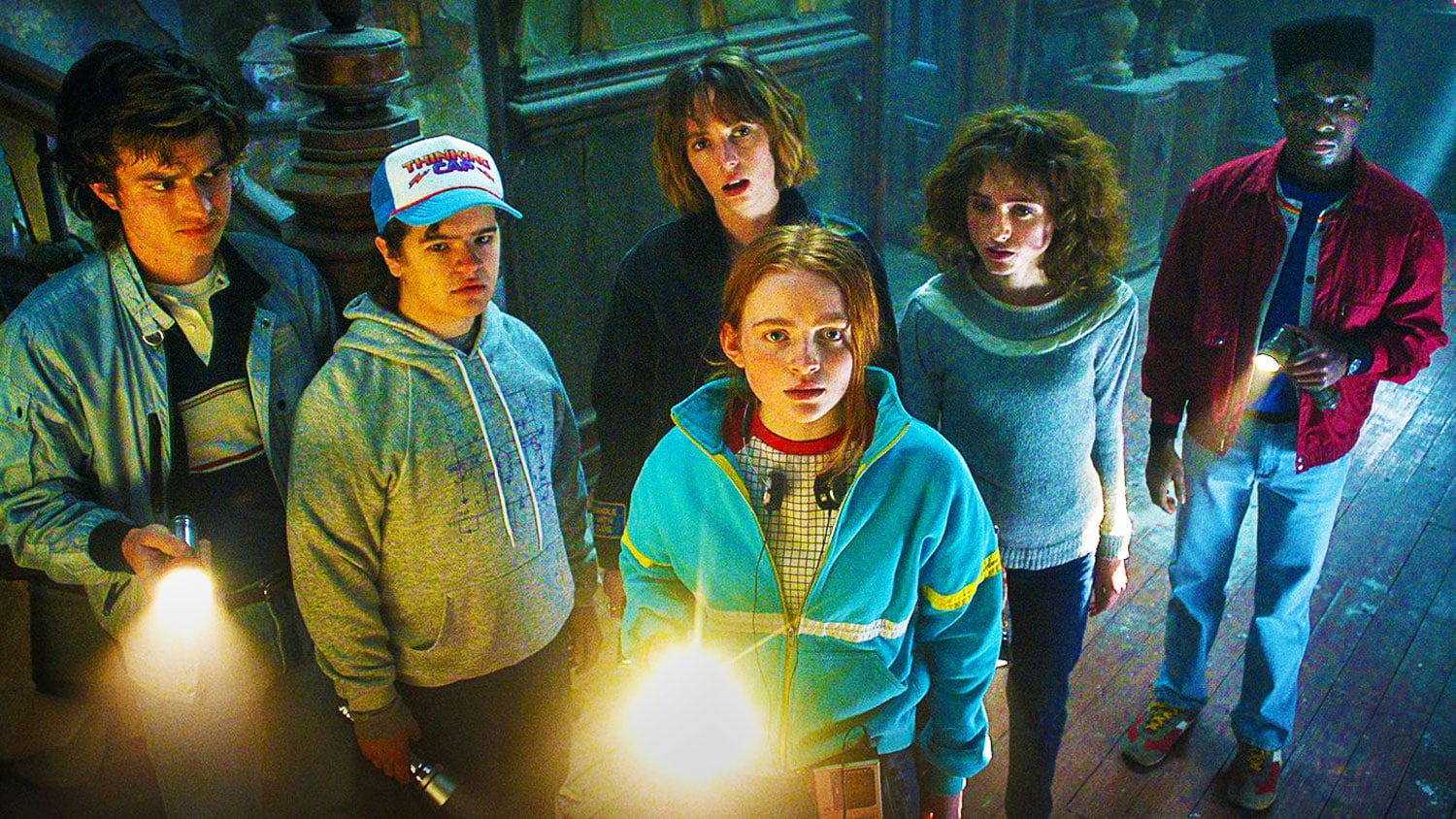 Stranger Things Season 4 Volume 2 has just landed on Netflix and fans are already desperate to know when Season 5s release date on the streaming platform will be.

Now, I’m not going to go into details about what happened at the end of Stranger Things Season 4Volume 2.

I don’t want to give away any spoiler for how Season 4 came to an end.

I’m sure that many of you reading this article already know what happened, but there might still be some people out there who haven’t had a chance to watch Volume 2 just yet.

These people might still be interested in knowing when Stranger Things Season 5 has been released on Netflix.

Has Stranger Things Season 5’s release date been revealed yet?

Let’s try and work out when Season 5 could be released on Netflix.

This is not an easy thing to work out, but thankfully, the Duffer Brothers have given us some information on when we should expect the final season to be released.

And, yes, you read that correctly, Stranger Things Season 5 will be the show’s final season, which is bittersweet.

It means that we’re going to get to watch the ending that the Duffer Brothers wanted us to watch, but it also means that the show’s going to be finished.

Basically, what the Duffer Brothers revealed was that we won’t have to wait as long as we did between seasons 3 and 4.

We ended up waiting three years for Stranger Things Season 4.

They did also reveal that they are hoping to be able to start filming the fifth season relatively soon.

Speaking to TVLine about the fifth season and when they intended to film, Matt explained:

I’m not sure we’re ready to say yet a start date for shooting. But a lot of it is pretty well mapped out.

So, it sounds as though Matt and Ross Duffer want to get started on Stranger Things Season 5 as soon as possible.

They have already written all the scripts for the final season.

All they have to do now is start shooting and then go into post-production.

During their interview with TVLine, Ross and Matt revealed that they are pretty close to

“We learn a lot every time we make a [season],” said Matt.

“We’ve learned a lot just working with all of our new actors and the ones that we’ve worked with for a long time over this year [making Season 4], so I’m sure it’ll change a little bit from that outline. The ending is the hard thing,” he added.

“That’s obviously the stressful thing. We really want to stick the landing.”

Ross then revealed that Season 5 will have a time jump from the end of Stranger Things Season 4.

“Ideally, we’d have shot [Seasons 4 and 5] back to back, but there was just no feasible way to do that. So these are all discussions we’re going to have with our writers when we start the room up,” he continued.

“Believe it or not, we’re still working on Season 4. We’re trying to finish the final two episodes, they’re so massive.”

Moreover, Matt and Ross Duffer made a statement in which they announced the end of the series.

Here’s what they had to say about Stranger Things coming to an end:

Seven years ago, we planned out the complete story arc for Stranger Things. At the time, we predicted the story would last for four to five seasons. It proved too large to tell in four but – as you’ll soon see for yourselves – we are now hurtling toward our finale. Season 4 will be the penultimate season; season five will be the last. There are still many more exciting stories to tell within the world of Stranger Things; new mysteries, new adventures, new unexpected heroes. But first, we hope that you stay with us as we finish this tale of a powerful girl named Eleven and her brave friends, of a broken police chief and a ferocious mom, of a small town called Hawkins and an alternate dimension known only as the Upside Down. As always, we are grateful for your patience and support.

With all of this in mind, it does seem as though we’re going to see Stranger Things Season 5 in 2024.

I doubt that it’ll be ready for release in 2023 given how busy everyone’s schedules are getting.

Millie Bobby Brown is in high demand and Netflix will want to be able to release the fifth season a bit later whilst they try and find their next huge hit.

Will there be more after Season 5?

One question I know many of you have been asking is will Stranger Things Season 5 will be the show’s final season.

The answer to that question is yes, as far as the main series goes, Season 5 will be its final season.

However, The Duffer brothers did reveal that they are working on a Stranger Things spin-off.

The Duffer Brothers hinted at the Stranger Things spin-off show happening during their interview with Variety.

Here’s what they had to say when they were asked whether they might be making Season 5 and the spinoff show at the same time.

The reason why we haven’t done anything is because you just don’t want to be doing it for the wrong reasons, and it was just is this something that I want to make regardless of this being related to Stranger Things or not, and definitely. So, even if we took the Stranger Things title off of it, I’m just so, so excited about it. But, I don’t think anyone’s going to be thinking, you know… it’s going to be different to what anyone is expecting including Netflix.

What do you make of this feature?

Are you looking forward to watching Stranger Things Season 5 on Netflix?

Let us know your thoughts in the comments below.


What do you make of this story? Let us know in the comments below or on our Facebook, Twitter or Instagram pages! And if you enjoy listening to film podcasts, why not check out our podcast, The Small Screen Podcast, wherever you get your podcasts!

“Life moves pretty fast. If you don’t stop and look around once in a while, you could miss it.” – Ferris Bueller. This modern-day world can be a bit hectic, so why not take life one movie at a time.