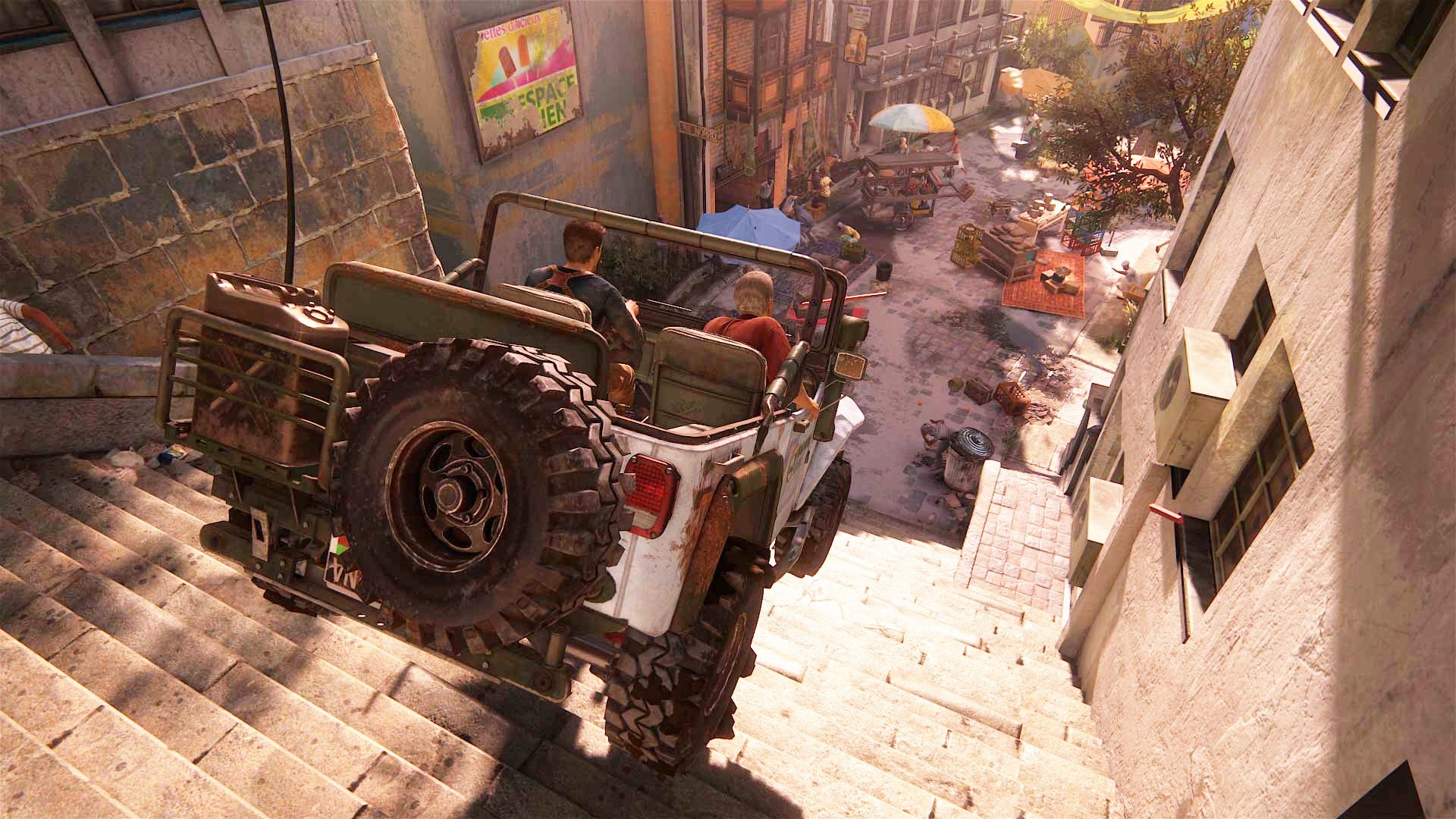 Uncharted 4: A Thief’s End’s Madagascan jeep chase almost featured a stunt made famous during Sean Connery’s sixth outing as James Bond (I mean, why not, Drake does look pretty sharp in a dinner jacket after all).

The stunt in question comes from the 1971 film Diamonds are Forever, where Sean Connery’s Bond tips his vehicle onto two wheels to get through a tight gap (something those in pursuit are, of course, unable to pull off).

“We actually prototyped doing that [during A Thief’s End’s jeep chase],” Uncharted 4’s co-lead designer Kurt Margenau reflected during a recent chat with Couch Soup. However, as those who have played the game will know, this idea did not ultimately make the final cut.

It turns out that James Bond was not the only source of inspiration for Naughty Dog’s epic chase scene. Bad Boys can also take some of the credit for Nathan Drake’s (and I suppose Shoreline’s) frenzied driving.

†[The team were thinking] how do we got onto the roof, or crash down through it,” Margenau explained while referencing Michael Bay’s films.

†[We were] pulling all the craziest chase stuff from movies.”

You can watch the full chat with Marganu below.