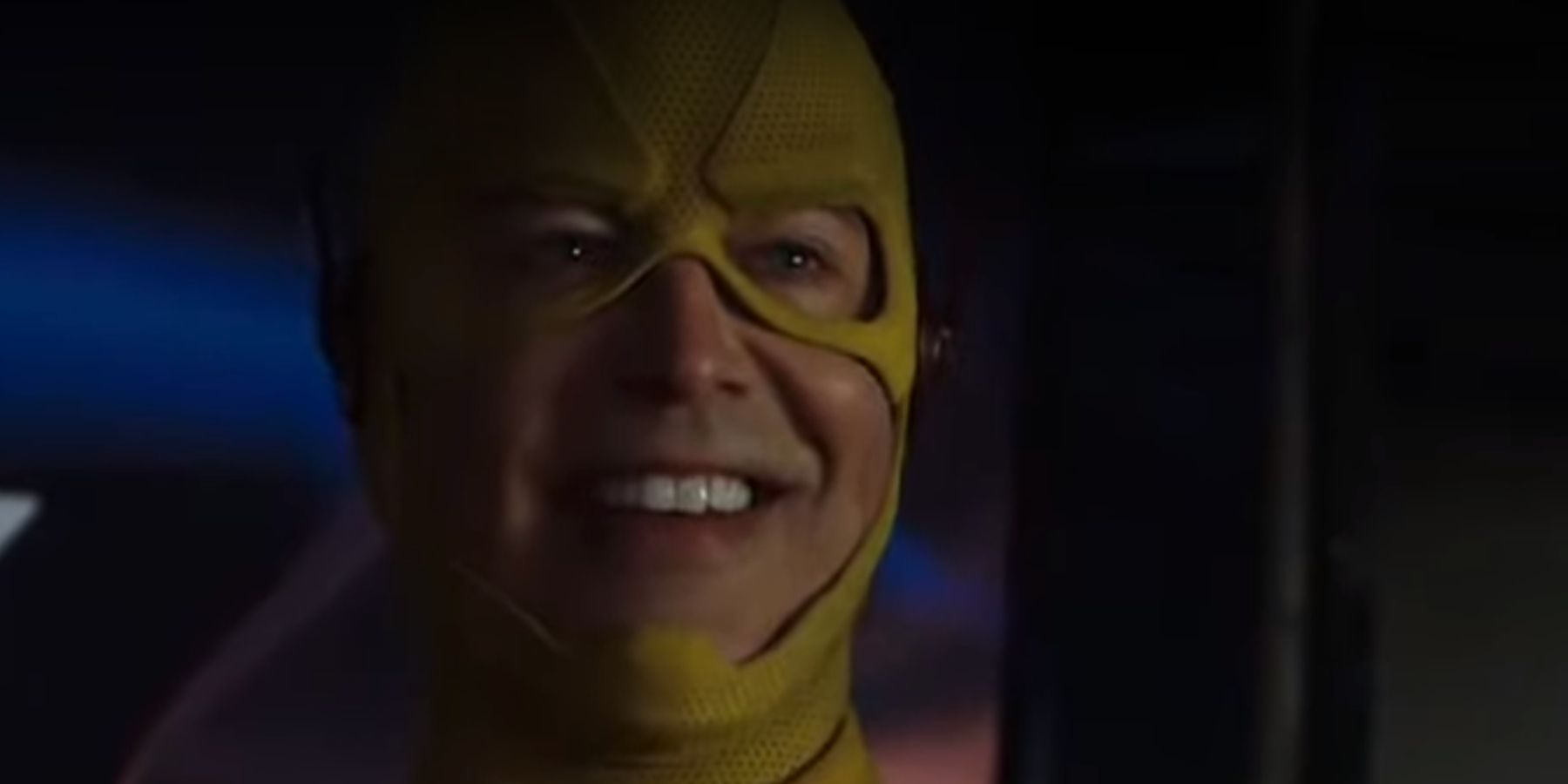 When it comes to this eighth season of The Flash, perhaps someone should have run back in time and told the writers they needed to start over and come up with some better ideas for this 20-episode run. The series has been struggling from a lack of direction for most of the last year and it appears that this season finale was the obvious endpoint for that lack of direction. The show saw many a villain pop up and then get left in the dust starting from the very lackluster season premiere of The Flash that kicked off with a miniseries.

It turns out that starting out the season in a kind of self-contained story bubble should have been a big warning that the writing staff didn’t really know what it wanted to do over the course of The Flash‘s eighth year on the CW. The one thing that the show did seem to settle on, is that it was going to just keep rehashing some of the same plot points it used in the last few seasons. Far too much of this season was about The Reverse-Flash or the Speed ​​Force, or time travel or “The Forces” of the universe that showed up a year ago. And if the season didn’t manage to rehash all of those things enough, it turns out the season finale managed to rehash all of those same story beats in one episode.

This episode of The Flash picked up immediately after last week left off, by bringing back the Tom Cavanaugh version of Eobard Thawne (which it has now done so often that audiences have likely lost count.) In fact, between this episode and the last, the Reverse-Flash died and was brought back just a couple of times alone. While there are some hints that this might have finally been the last time that Eobard Thawne made an appearance, that doesn’t feel like it’s actually going to be the case.

Part of the problem with bringing back the same villain over and over and over again was demonstrated in a couple of different ways from an actor who probably deserves better at this point. The first problem is that every time he appears on-screen as Thawne, Cavanaugh seems to feel like he’s got to be more over the top and “evil” and his appearance in this episode was downright cartoonish. There’s also the fact that when The Flash and his arch-nemesis have fought as many times as they have over the course of the series, those fights lose any kind of impact. The very real question these days is “what’s the point?” The show even admits, as part of the actual plot, that the two are too evenly balanced to really do any damage to each other. Perhaps the writers were warning the audience that like the people in Central City, the viewers were going to be collateral damage.

There were plenty of other tried and true story beats that The Flash has leaned on far too often that were all included in this episode. There was one or more member of the team suddenly powering up in order to get into the fight. It’s always been odd how this show has never made anyone actually win with cunning or guile. It’s always about finding some super power they never knew they had in order to come to the rescue.

It seems fairly obvious that at this point, the writers of the show haven’t realized just how weak that really is when it’s done week after week. Of course, it’s also possible that when the plot of an episode is to take on a villain with the literal powers of gods, it’s hard to defeat them unless the hero has those powers as well. This is actually a hole in the plot of more than one Arrowverse show. Which is more than a little ironic because the show that started it all in Green Arrow, largely avoided doing that. From Season 1 to its final episode, Oliver Queen was mostly just a guy who could fight and shoot arrows really well.

There is one other trope that The Flash leans on to its very real detriment. That’s the fact that anyone who finds themselves in mortal danger can rest assured that they will eventually be just fine. In fact, thanks to the fact that the show deals with time travel on a near-weekly basis, it usually turns out that the person who finds themselves in mortal danger will end up in a situation where there was no real danger at all. While that particular device can actually be interesting once or twice, The Flash uses it all the time, despite the fact that one of the biggest lessons the heroes in the show were supposed to learn is that “time travel is bad.”

Time travel is apparently so dangerous that Barry and Iris’s kids travel back in time just for the heck of it. They were there again this week, just kind of hanging out and helping their dad fight the big bad, with nary a concern about how that might affect the future. Maybe even to the show’s credit, there isn’t even any lip service paid to what might go wrong by the kids constantly time traveling. It’s just assumed that somehow all the problems caused by Barry going back in time or going into the future won’t happen.

Perhaps the best thing about the mess of an episode that was the season finale of The Flash is that a season that might have been disrupted a bit more than anyone realized by the coronavirus pandemic can now put the weird stuff it did with Iris and Barry, as well as the young girl that had powers who never actually fit into the stories in any real way, and start fresh. There is going to be at least one more season of the flash, and it really has nowhere to go but up after a rather big clunker of an episode closed out Season 8.

MORE: The Flash: How Is Barry Allen Able To Travel Back In Time?