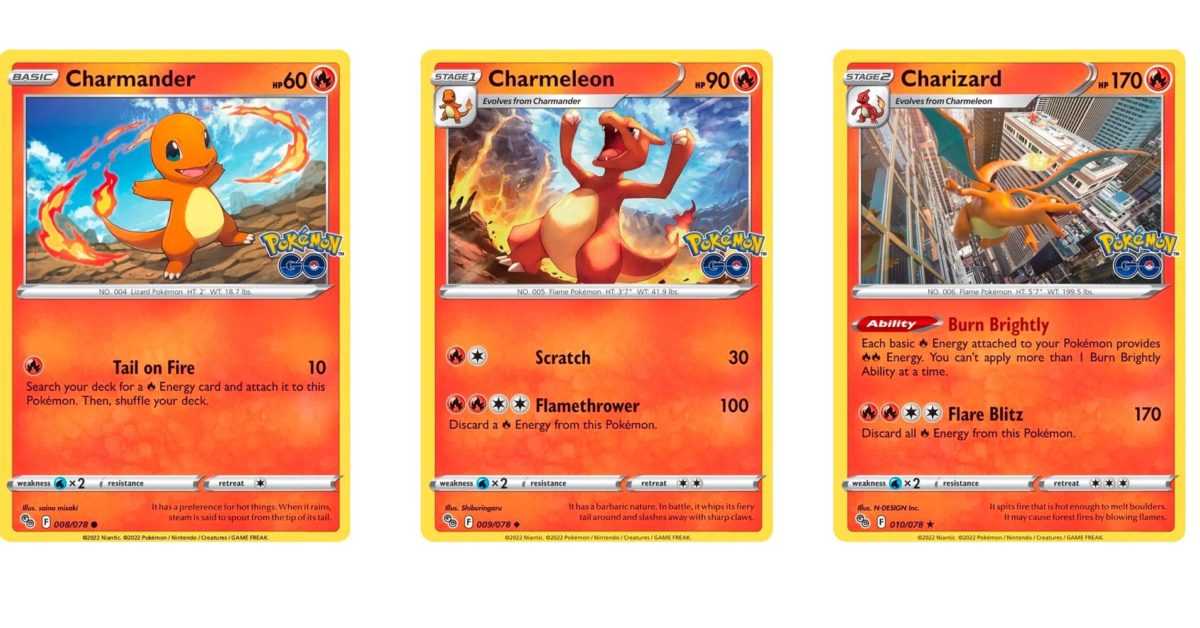 during the Sword & Shield era, the Pokemon TCG has released at least one special expansion every year. A special expansion is a set of cards that does not include the current era’s title in its name and is often directly themed to a certain topic. Another feature of special expansions is that they come only in set-specific products rather than booster boxes and individual packs. For example, a main series set would be Sword & Shield – Astral Radiance and Sword & Shield – Lost Originwhile a special set would be Shining Fates, Celebrations, and the topic of this new spotlight series, the Pokemon GO expansion. Released on July 1st, 2022, this special set was made in partnership with Niantic Labs, the mobile developer behind the iconic game Pokemon GO. The set adapts and pays homage to certain elements from the game while also continuing current elements of the TCM including VSTARs, Radiant Pokémon, Alternate Arts, and more. Follow me through a journey through this set as we appreciate the artwork, discuss the card’s place in the set, and talk about what certain elements of the expansion may imply for the future of the Pokemon TCG. Today, we continue with the Charmander line.

Artist saino misaki Contributes a cute Charmander card which shows the Fire-type Starter kicking up a swirl of flames by swinging its tail. This style evokes the anime, with a slightly more cutesy description of Charmander.

Charmeleon rages out courtesy or illustrator Shiburingaruwho shows the Pokémon lift its arms and roar in front of what looks like an active volcano.

the Pokemon GO homage appears on the Charizard card, which sees art house N-DESIGN Inc. use a style that evokes the game’s GO Snapshot mode, putting Charizard in a high-flying shot in the city. This is one of the set’s holo-rares.

Stay tuned for the continuing journey through Pokémon TCG: Pokémon GO. Next time, the spotlight continues with more cards from the main section of this themed expansion.