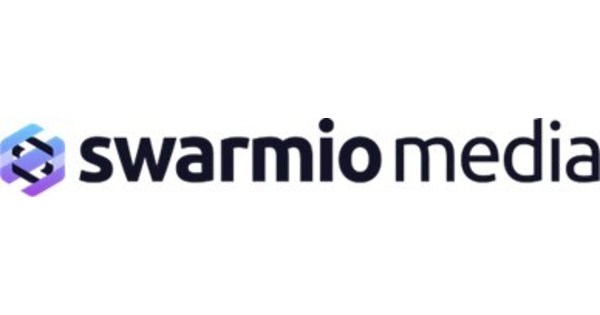 Until September 28thPUBG MOBILE players in the Philippines will have the chance to complete daily challenges to win ‘Ember Points’ that can be exchanged inside the globe Gamer Grounds platform for Steam gift cards, in-game currencies, and other prizes. The Promotional Event is being launched on behalf of Globe Telecom, Swarmio Media, and Level Infinite to drive gamers to subscribe to the globe Gamer Grounds platform, which was launched to Globe’s 85 million customers across the Philippines in April 2022. PUBG MOBILE is one of the most popular games in the Philippineswith more than one million monthly active users.

Tencentthe world’s highest-grossing multimedia company, launched PUBG MOBILE, a free-to-download and free-to-play game, in 2018. It has since become one of the world’s most downloaded and most played games, with approximately 30 million daily active users globally and more than 700 million downloads in 2022 so far. PUBG MOBILE has also consistently been one of the highest-grossing games in the world, generating USD $2 billion in revenue by 2021mostly from in-app purchases.

“This is a very exciting time for Swarmio, as it marks the beginning of what we hope will be many strategic partnerships with game publishers, developers and distributors,” stated Timothy Thornton, Swarmio’s Director of Growth. “By partnering with major telcos such as Globe Telecom to launch our Ember platform around the world, we are giving more gamers the opportunity to discover a better way to game – including low latency and the chance to purchase in-game content and items using alternative through our Ember platform, game developers and publishers are also able to access large yet underbanked populations of gamers that have proved challenging to monetize in the past, due to a lack of payment options. We’re incredibly honored and excited to be partnering with Level Infinite, and for the Ember brand to be featured in PUBG MOBILE, one of the most loved and most played games in the world.”

Ralph AligadaHead of Games and Esports for Globe Telecom added: “Globe Gamer Grounds is proven to be very popular with the Filipino gamers, so it made perfect sense to promote the platform inside PUBG MOBILE, one of the most popular games in the Philippines. We look forward to giving all our customers who game a fun and rewarding way to join in and connect with more gamers in their communities.”

Globe is a leading full-service telecommunications company in the Philippines and publicly listed in the PSE with the stock symbol GLO. The company serves the telecommunications and technology needs of consumers and businesses across an entire suite of products and services including mobile, fixed, broadband, data connectivity, internet and managed services. It has major interests in financial technology, digital marketing solutions, venture capital funding for startups, and virtual healthcare. In 2019, Globe became a signatory to the United Nations Global Compact, committing to implement universal sustainability principles. Its principals are Ayala Corporation and Singtel, acknowledged industry leaders in the country and in the region. For more information, visit www.globe.com.ph. Follow @enjoyglobe on Facebook, Twitter, Instagram and YouTube.

globe Gamer Grounds is a platform to unite Filipino Gamers regardless of the games or devices they play. Registered users will be able to participate in daily tournaments, influencer challenges among others and be rewarded with Ember Points which can be redeemed into in-game currency, gift vouchers and many more. For more information visit globegamergrounds.com or follow them on their official channels.

Launched by Tencent Games, Level Infinite is a global gaming brand dedicated to delivering high-quality and engaging interactive entertainment experiences to a worldwide audience, wherever and however they choose to play. It operates from bases in Amsterdam and Singapore with staff around the world. To learn more about Level Infinite, visit www.levelinfinite.comand follow on Twitter, Facebook, Instagramand YouTube.

Swarmio’s fully managed, plug-and-play Ember platform can be quickly and seamlessly integrated with major telco operations, allowing telcos to engage and monetize gaming subscribers and gain immediate and meaningful access to the US$200 billion gaming market.

Swarmio Media (CSE: SWRM) (OTC: SWMIF) (GR: U5U) is a technology company focused on deploying its proprietary end-to-end gaming and esports platform, Ember, which enables telcos to monetize their gaming customers. Swarmio has engaged with several telcos that have launched Ember as an add-on service, allowing subscribers to access tournaments, engage in a localized gaming community, challenge friends and influencers, and earn points that can be used to purchase gaming content. Ember is powered by Swarmio’s patented Latency-Optimized Edge Cloud (‘LEC’) technology, which reduces lag and allows gamers to enjoy an optimized gaming experience.