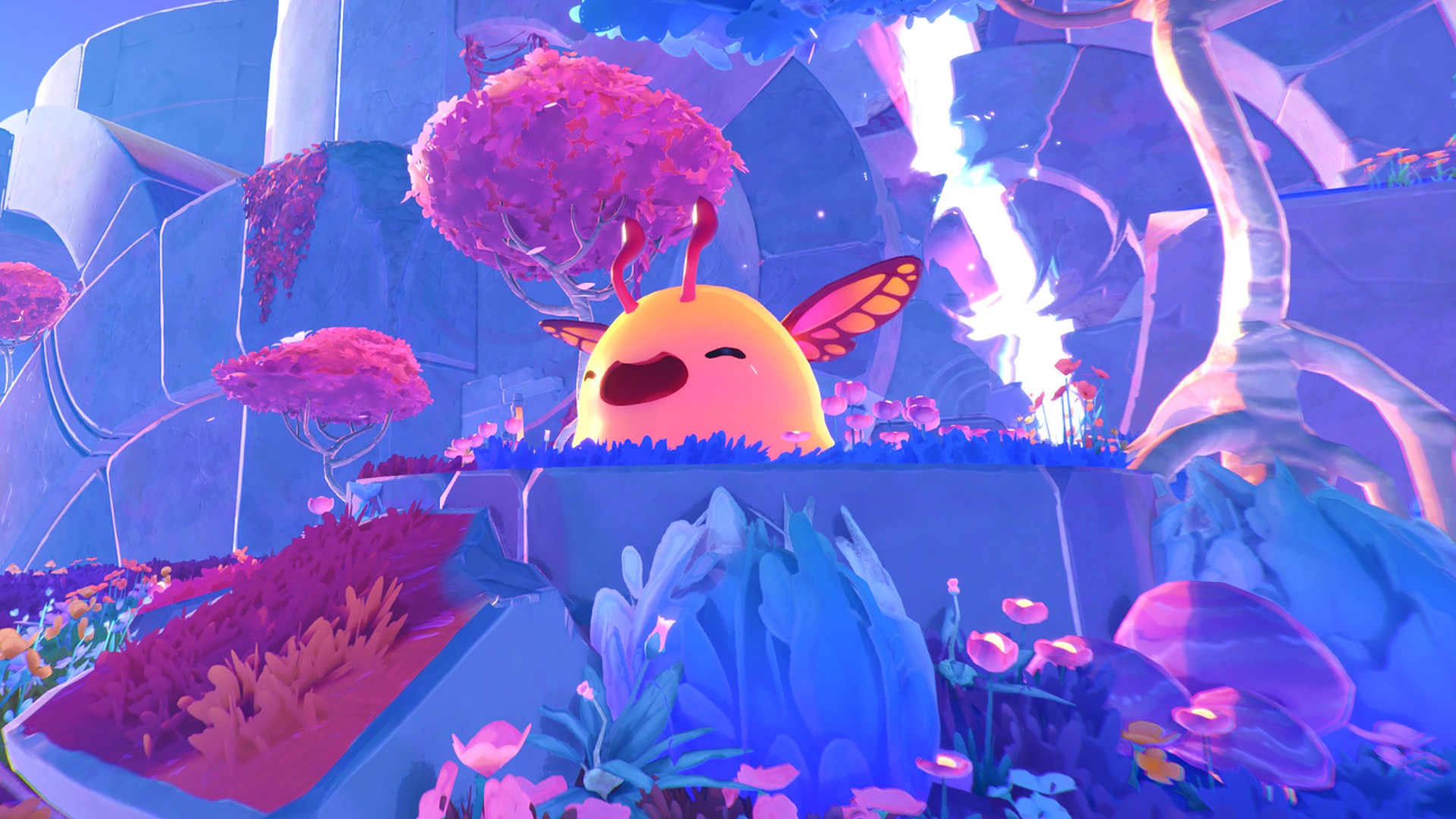 The Slime Rancher 2 sales figures prove just how much Monomi Park’s life game needed a sequel, and the devs are stunned by its overnight success.

Slime Rancher is, at its core, a farming game where you suck up adorable alien slimes into a colorful hoover-style gun and spit them back out into pens. First releasing back in 2016, it has become a cult classic with players.

Releasing the sequel to their classic game on September 22, Monomi Park hoped that it would be able to sell over 100,000 copies of the game in the 24 hour release period. Turns out they’ve done a lot more than that, with co-founder and CEO Nick Popovich revealing some insane sales figures.

Just hours from release, huh tweeted “I had a pipe dream in my head that we could sell 100,000 copies of Slime Rancher 2 in the first 24 hours if the stars aligned.

“We did that in less than six hours. No idea where this crazy train is headed but so grateful to have a chance to ride it. Thank you all so very much.”

It turns out that this has been Monomi Park’s most successful release, with Popovich revealing “the last hour has beaten our best sales day ever at Monomi Park by a literal order of magnitude.

“Absolutely blown away right now, just staggering,” he continues. “Thank you all so much.”

Slime Rancher holds quite the place in my heart. When I was struggling through my undergrad dissertation at university, I would play Monomi Park’s life sim in the evenings to try and cool off. I vividly remember playing it offline in the university library after a thesis meltdown (much to the ire of my studious peers), so seeing it do so well and potentially reach even more new players makes me smile just as much as the little dude in the image above.

You can dive back into the Far Far Range on Steam, but if you’re looking for similar games be sure to check out our list of best action-adventure games on PC, as well as our best sandbox games article to add some goodies to your collection.