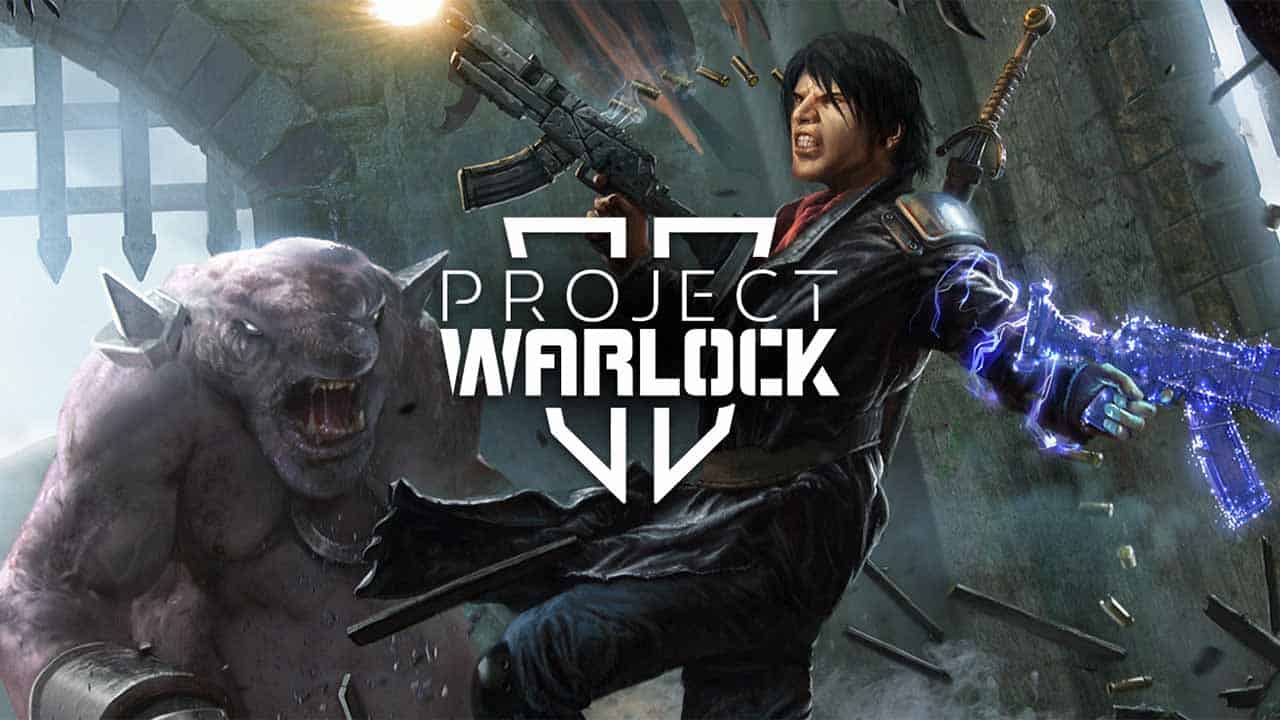 If you haven’t heard of Project Warlock, then you’re probably not really into Boomer Shooters, or at least, not into proper ones that look all old. For those of us who grew up on games like Doom and Heretic, it was almost impossible to resist the siren call of full mouse control but with a classic pixelated art style and violent tone. Well, it’s been a fair few years, and now we’ve got our hands on the early access release of Project Warlock 2, and it’s time to see if this is going to be a bold new take on the formula or more of what we got last time. Either way, I’m pretty sure I’ll be happy.

What the Heck is Project Warlock 2?

Project Warlock 2 is the brainchild of Buckshot Software, an indie team from Poland whose previous work includes…well, just Project Warlock, but if you’ve ever played it then you know that’s not a bad thing. The first game was an FPS in the Shadowcaster mold, basically an FPS with RPG elements. You could upgrade your stats, learn new spells, and make your weapons more powerful as you played through the game. Other than that, it was a standard affair, with key puzzles and lots of gore as you might expect.

Project Warlock 2 is very much the same, with the key difference being just how fast-paced it is this time around, as well as a dramatic increase in the openness of the level design. The last title was very much kept to a single plain. You did have to climb stairs occasionally, but overall it felt like a very grid-based affair. Most of the levels felt claustrophobic and a bit lacking in anything to really make them stand out from each other. This time, that couldn’t be further from the truth. The levels are now huge and sprawling, with an open sky above you and various different layers for the levels to be built on, you have much more reason to start looking up, instead of staring straight ahead most of the time.

As stated above, Project Warlock 2 feels like the last game on speed. From the very second you start out, you’re running around at top speed, blowing the heads off of various enemies as you go. Gone is the grid-based, single-level map design of the first game, replaced with a new dynamic style that is closer to classic DOS/Amiga shooters like Duke Nukem 3D and Doom. You have a fully usable jump button this time too, meaning you have to rely on your superior agility to stay out of the path of most of your enemies and trust me, there will be a lot of them.

This new, high-speed approach to gameplay, makes starting out in the game a lot more fun, especially for people who might not have had the patience for the relatively rudimentary gameplay found in the first title. It’s even aided by the inclusion of a combo meter, giving the game a more arcadey feel that encourages you to keep the onslaught coming to help you rack up insanely high scores. In general, this sort of feels like what Doom Eternal would have been like if it was made in the DOS era, just a bunch prettier and smoother than that likely would have been.

Project Warlock 2 is a Blast From the Past (Present)

There’s quite a lot about Project Warlock 2 that feels like it was ripped straight from the classic era of boomer shooters, yet it doesn’t feel all that derivative. The levels and enemies all mostly feel like they’re unique to the game, though it’s hard to ignore the ‘definitely-not-a-cacodemon’ that floats around from the 3rd level onwards. There’s just something about the way the game plays and is presented that makes it feel like it fits right in with that era of gaming, while still managing to be fun in the modern age with the benefit of hindsight that has made so many older titles less enjoyable.

One clear link to the past is the inclusion of unlockable cameo appearances, something popularized by Duke Nukem 3D, which featured various famous characters, usually brutally murdered and accompanied by a quote. Fortunately, the main character of Project Warlock 2 is mute, so there are no one-liners, but it’s great to see a concept like this make a return. We’ve not seen all that many games in recent years just throw in random cameos from other famous characters just because they could, and it adds to the very carefree tone that the game seems to carry all the way from the 90s.

While it would be easy to say that Project Warlock 2 has simplified the gameplay of the original down a bit, that’s not really the case. Sure, you no longer have to earn points that can be used on all of your available upgrades, then go to an upgrade station between levels to use them, but that’s just cutting out a lot of the chaff. Instead, you find upgrade stations in-game that can each but used once to give a powerful boost to one of your weapons, making it much easier to choose what you’re upgrading, but providing you with a much more interesting addition to gameplay over 2 additional points of damage.

Similarly, because the levels are much more open and dynamic, there’s much more to explore and find as you play now. You can run and gun as much as you want, but you’ll get just as much of a kick by paying close attention to hints and details scattered throughout the level. This streamlined approach is really what was needed to set the first game on fire in the way that this sequel really has done. It brings together the elements of modern and classical boomer shooters to make something truly beautiful.

Our Time With Project Warlock Draws to a Close

Sadly, because this is an early access release, there’s not all that much more to go on at this point. Currently, the game consists of 6 levels and no extra modes, so you’re going to run out of content before too long. That said, the included maps are great, even if there aren’t too many of them yet. You can get a fair few hours out of the game in its current form if you spend your time looking for all the secrets and bonuses squirreled away in various corners.

On the plus side, the developers have been really transparent with the trajectory that the game will be taking. The devs have already supplied two updates with various new features, and there is a detailed roadmap available that tells you everything coming to the game before the end of 2022. We even have the next episode release to look forward to, with another 6 levels and a brand new character coming our way before the year’s out.