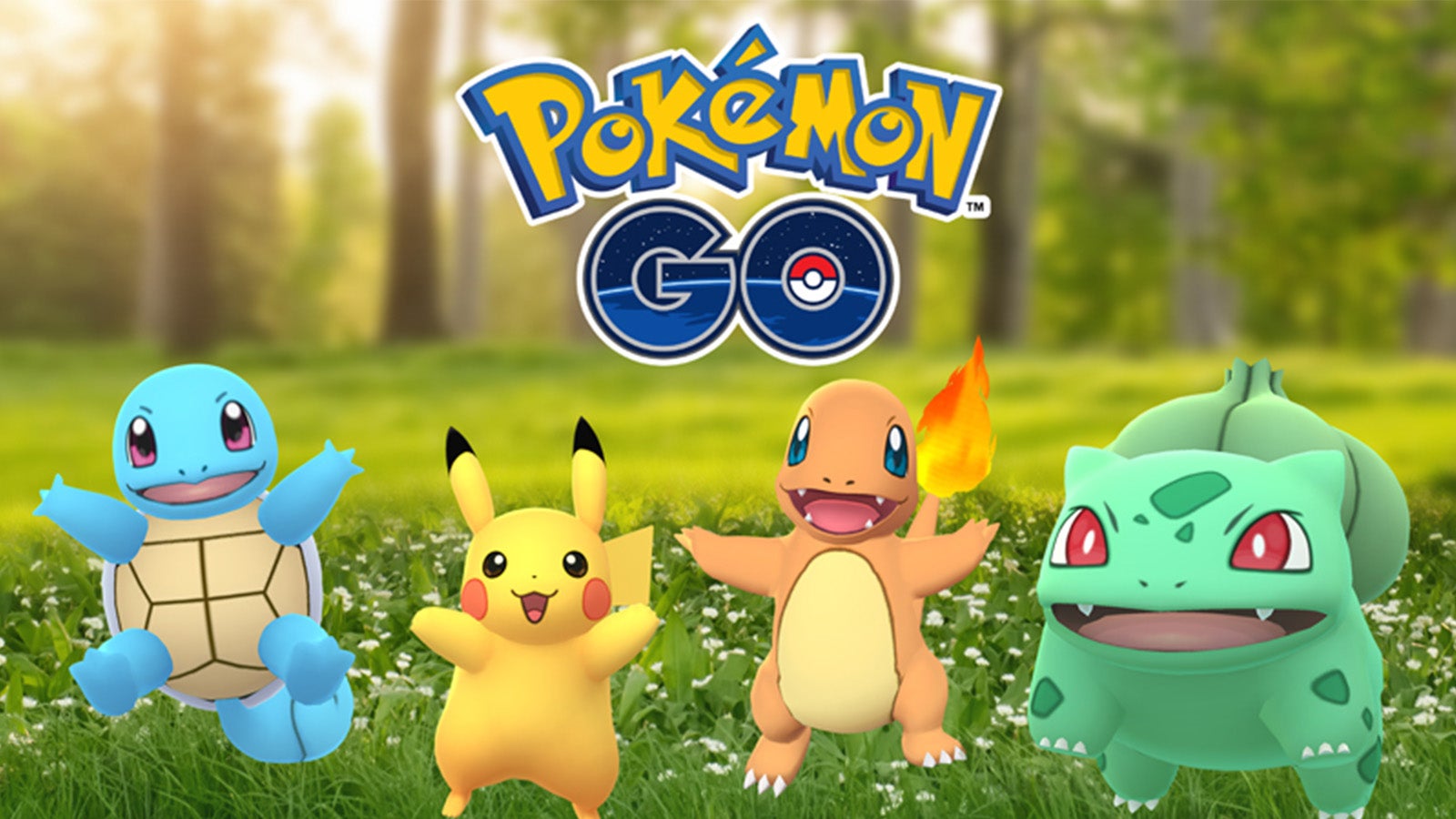 The Kanto Cup is a limited-time event occurring in the Go Battle League of Pokémon Go. This time, the event will run from Wednesday 29th June 2022 until Wednesday 6th July 2022.

To spice the Go Battle League in Pokémon Go up, and provide you with a bit of a challenge, the Kanto Cup has a number of restrictions which must abide if you want to partake in it.

Your performance in the Kanto Cup will also not affect your Battle League rating, so it’s the perfect time to have some fun with Pokémon you wouldn’t normally use.

Below you can find our Kanto Cup recommendations which will help you create a powerful Kanto Cup team.

Our Pokémon Go Kanto Cup recommendations from Pidgeot to Dragonair

Like every league or special cup for the Go Battle League, there is no definite ‘best’ team for the Kanto Cup, because you’ll have no idea which Pokémon you’ll be facing.

Still, thanks to the restrictions in place, there are a number of Pokémon who stand out against the rest, which we’ve listed below.

First, however, it’s a good idea to review the Kanto Cup’s restrictions before you start playing, so, with these rules in mind, you can carefully examine which Pokémon fit within these restrictions.

As always, it’s a good idea to have a mixture of Pokémon types and have one Pokémon who can quickly build up their Charged attack in an attempt to force your opponents to use their shields.

We generally recommend that you spend some of your spare Stardust unlocking a second Charged move if you want your Pokémon to be competitive in each of the cups. However, since this cup doesn’t affect your ranking, if you’re low on precious Stardust, you may be better off saving it for your Great League or Ultra League Pokémon instead.

When it comes to PVP, Pidgeot is mostly famous for breaking the game with its Feather Dance attack. This has thankfully been fixed and Pidgeot is an excellent choice for the Kanto Cup if you have one with good stats.

This is because it can often take down some of the more meta-relevant Pokémon in this list, including Lickitung and Hypno, which you often see together, along with Snorlax and Wigglytuff.

Just be aware that if you run this, it will lose pretty hard to Nidoqueen, which is a meta-relevant Pokémon.

Alolan Sandslash is pretty awful in the Great League, but really comes into its own in the Kanto Cup as one of the few exceptional ice-types. Thanks to the recent Community Day, this Pokémon should be fairly easy to build.

Since it absolutely bodies Nidoqueen, it should be in strong contention for your team.

Ice, of course, is also super effective against dragon-types, and while there are very few of those to choose from, Dragonair isn’t exactly uncommon. If you find yourself coming up against a lot of them, maybe consider adding an Alolan Sandslash to your roster.

Anything that performs well in the Great League will be in with a shout in the Kanto Cup, and Nidoqueen is no exception. Both the Shadow and regular variants perform well here, and are particularly effective against Alolan Ninetails, despite its weakness to ice. It also beats Machamp, Alolan Marowak and most of the normal-types you’ll come across (of which there are a few).

Nidoqueen’s spamminess and shield pressure make it an excellent Pokémon to lead with, and it pairs incredibly well with Lickitung and Hypno. This, of course, means that you should expect to see a lot of them in this meta, so make sure you pack something resistant to poison!

If you want a fire-type for your Kanto Cup team, then Ninetails is perfect and it’s all thanks to Weather Ball. This multi-type charged attack’s type depends on the type of its user, so, when performed by Ninetails, it transforms into a powerful fire-type move which can easily destroy any bug, grass, ice or steel Pokémon.

You should also highly consider teaching Ninetails Feint Attack as its Fast Move. Due to the dark-typing of this attack, Ninetails will have a small advantage over psychic and ghost-type Pokémon. This is perfect for taking out Hypno and Alolan Marowak, which are both popular choices for the Kanto Cup.

If you don’t want to run a Kantonian Ninetails, why not spice it up with the icy equivalent? Alolan Ninetails is an excellent choice as a Charm user, quickly dealing out heavy damage to ghost types, including the meta-favourite Alolan Marowak. The flying-types you’ll come across, like Pidgeot, will also fold pretty quickly to the ice-type Weather Ball charged attack.

Be wary though, Alolan Ninetails’s weakness to fire-types means that if your opposing Marowak is using a fire-type fast move (which we actually recommend over Hex), you may well come out with the loss. This is a risky pick as a result, but one may want to consider.

Wigglytuff is, by far, the best fairy-type choice for the Kanto Cup due to it being part normal-type, which massively reduces damage from ghost-type attacks coming its way. This means Wigglytuff is an excellent defense against the Gen 1 ghost-types and Pokémon which use ghost moves, like Hypno.

Aside from this advantage, if you decide to unlock Wigglytuff’s second move, then you can turn it into a great dragon-type slayer. With Ice Beam and Play Rough as its Charged moves, you’ll be able to easily focus upon any dragon-types weaknesses.

Vileplume is a good choice as your grass and poison-type Pokémon, firstly, because it has a tendency to last a little longer in battle than the other choices like Victreebel.

When it comes to moves, Razor Leaf is great at dealing a lot of damage quickly to ground, rock and water-type Pokémon. You may even find that they faint long before you can unleash one of Vileplume’s Charged attacks.

We highly recommend ensuring Sludge Bomb is one of Vileplume’s Charged attacks, so you can unleash this poison-type move on any fairy or grass-type Pokémon you encounter.

As a final bonus, it’s worth considering that it often beats fellow poison-type and meta-relevant Pokémon Nidoqueen in this cup.

While you might be tempted to include Lapras in your team, Dewgong is a good choice if you don’t want to pay a considerable amount of Stardust to increase its CP level. The downside is that it will require both an Elite Fast TM and an Elite Charged TM to unlock its full potential, unless you have one that already knows these legacy moves.

And this isn’t to say that Dewgong is simply a Larpas substitute, because it can definitely hold its own in the Kanto Cup.

Blizzard is a strong ice-type Charged Move, which can deal great amounts of damage to dragon, flying grass and ground-type Pokémon. This means that Dewgong can not only combat any troublesome dragon-types you might find yourself facing, but can also travel popular choices like Vileplume.

There are only four dark-type Pokémon to choose from for the Kanto Cup and, even though dark is only its secondary type, Alolan Muk is still the best choice.

Thanks to being a poison and dark-type Pokémon, Alolan Muk starts by taking out all the grass and fairy-type Pokémon, before moving onto the ghost and psychic-types. This means it can easily target a number of popular choices, like Hypno and Wigglytuff, which you can expect to see in the Kanto Cup.

Just make sure you unlock its secondary move, so Alolan Muk can know both Dark Pulse and Sludge Wave, so you can reap the rewards from both type advantages.

Hypno is a great choice for any Kanto Cup team due how only a couple of dark, ghost and a few psychic-types have the ability to quickly defeat it. Its advantages start with Confusion – a solid Fast move, which will help you defeat fighting and poison-type Pokémon.

It’s worth doing some experimenting with Hypno’s Charged moves as it is an incredibly versatile Pokémon. We recommend Shadow Ball as a counter to any ghost-type attackers, which Hypno is notoriously weak to. However, if you want better coverage against some of the non-fairy normal types out there, Focus Blast is a good option.

If you fancy having a ghost-type in your Kanto Cup team (and you should because it is one of the best types in this meta), then Alolan Marowak is a great choice due to its dual typing. The Community Day Charged move Shadow Bone is particularly powerful here.

The fire-type moves will allow you to easily defeat bug, grass, ice and steel-types, while the ghost-typing will ensure you have an advantage psychic Pokémon and other ghosts, which can be very useful. Alolan Ninetails always seems to make a showing in this cup, despite being the worse of the two Ninetails variants here, so running the fire-type fast move definitely helps.

It’s also a very good idea to unlock Alolan Marowak’s second move, so that you can add Bone Club to its roster. This will give you the option of a ground-type move perfect for finishing off electric, fire, poison, rock or steel-type Pokémon.

With the release of Go Beyond, and the addition of Candy XL, a slew of new Pokémon became eligible in PVP. Lickitung XL is one of them, and if you have one built for the Great League (where it performs admirably), you should definitely consider bringing it out for the Kanto Cup.

The important thing with a Lickitung is running ghost-type Lick as the fast move and Body Slam as the charged move for huge STAB damage; however, with the latter being a legacy move, the chances are that you won’t have one unless you played the 2020 Community Day, in which case you’ll need to use an Elite Charged TM.

Lickitung pairs fantastically well with Nidoqueen and Hypno, especially in this Cup.

Despite its reputation for being lazy, Snorlax is an excellent choice for the Kanto Cup, though you may have to invest a lot of Stardust to ensure it’s properly ready. If it looks like a slightly different Lickitung, that’s because it is; and with Lickitung’s rarity it’s much easier to build.

If you decide to make the Stardust investment, then you’ll discover Snorlax is exactly the Pokémon you need to defeat a tricky opponent as long as they’re not a fighting-type Pokémon. Snorlax will be destroyed by any fighting-type Pokémon, so keep it safely hidden away if one enters the field.

Just remember to ensure you have enough Candy and Stardust for Snorlax before you start training one up.

Like with Snorlax, ensuring your Dragonair is properly prepared for the Kanto Cup will most likely cost you a considerable amount of Stardust and Candy, so make your decision carefully.

If you do decide to back Dragonair, always ensure you unlock its second move and teach it Aqua Tail. This water-type move makes Dragonair even deadlier by giving it the opportunity to deal a great amount of damage to fire, ground and rock-type Pokémon.

Dragonair is also a good choice for battling other dragon-type Pokémon.