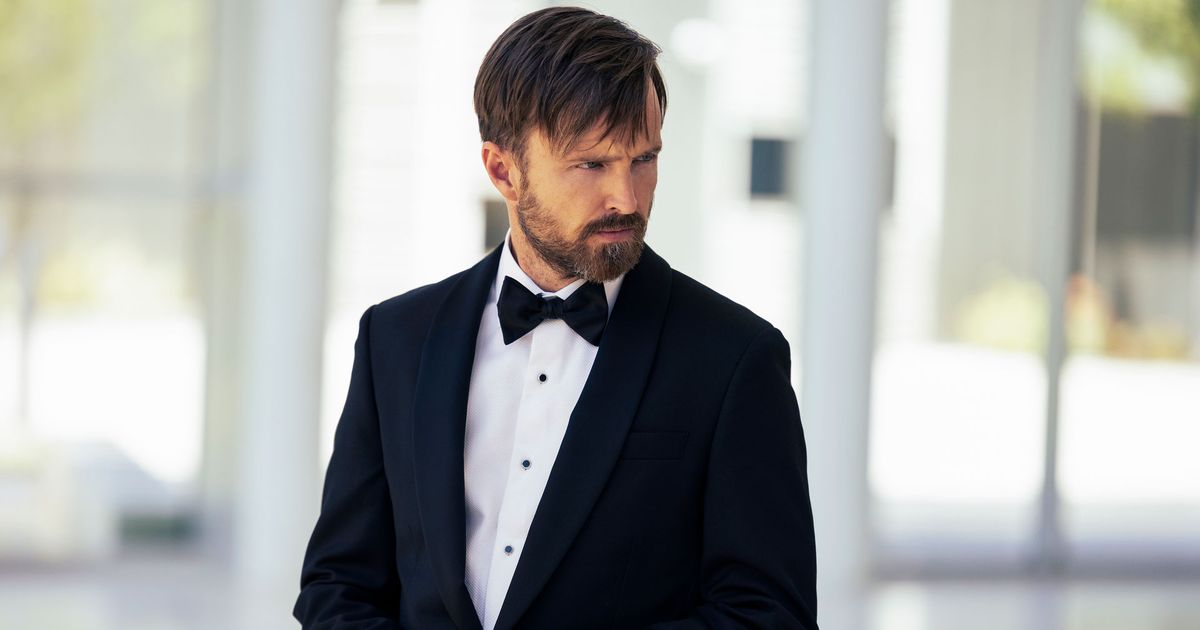 At the end of this week’s episode of west world, the show unveils the hot new theme park for the season: Prohibitionland! Ed Harris doesn’t actually call it that, but he might as well have when, in the middle of a Disney Investor Day–like conference, he tells everyone that the sinister Delos corporation is welcoming people to “the golden age” and we cut to Thandiwe Newton and Aaron Paul disembarking from a train in costumes stolen from a regional production of Guys and Dolls and entering what appears to be a Roaring ’20s alley. The music swells with a brass swing fanfare right as the show cuts to the credits, going for a moment that reads as grandeur. I laughed out loud. oh noI thought watching it, this is silly fun†

west worldespecially in its previous season, is not a show I would ever associate with the word fun† After spending two years unraveling the mysteries of consciousness primarily in the context of its AI-filled western theme park, the show expanded into the real world in its third season with only the thinnest broth of ideas to sustain itself. The season took place mostly in a dreary, futuristic Los Angeles, introduced a dreary, futuristic version of Aaron Paul named Caleb, and occupied itself with dreary, futuristic ideas like “What if robots engineered a corporate takeover?” I watched the show as it was airing when the pandemic hit, and even talked to Ed Harris about it (he said it “wasn’t the most joyous season for me,” which, same), and yet when the fourth season premiered this year, I realized I had retained very little about any of it. I watched the finale, read a recap of the finale, and still could barely explain what Rehoboam was, mostly because I kept thinking about Delaware instead. A giant AI orb that controlled humanity through data or something? Good thing it’s no longer around, I’m pretty sure. [Editor’s note: Caleb does make Rehoboam delete itself in the finale.]

The good news about this season of west world is it seems to remember about as much of the previous season as you or I do. Things kick off with all the characters stranded in separate story lines, which are probably separate timelines because that is how these things go. Maeve (Newton) gets dragged out of retirement and attacked by men sent by William (Harris, now a host, still seemingly not having a joyous time), then goes and drags Caleb back into a mission to stop William. Meanwhile, William himself is involved in a land-purchasing scheme that involves getting his hands on the Hoover Dam, which has dates inside of it. Finally, and most delightfully, Evan Rachel Wood is off living in New York City as a woman named Christina who has a roommate named Oscar winner Ariana DeBose. Christina works as a character designer at a video-game company, where she focuses on writing story lines for NPCs. Things are going pretty well for her except she has rom-com-esque problems in her love life and sometimes she gets mysterious calls from a man who shouts about “the tower” and accuses her of ruining his life.

There’s a lightness to the scenes with Christina especially that make this season a lot more fun to watch. The dialogue between her and her best friend, Oscar-winner Ariana DeBose, is silent in a way that feels like watching an AI try to write a rom-com, which I believe is in the intended effect. Most of her scenes also take place out and around Chelsea, Hudson Yards, and the High Line, which collectively feel like an AI trying to design a human city. When James Marsden appears in the first episode as a potential romantic partner for Christina, the score plays an orchestral version of Lana Del Rey’s “Video Games.” Folks, she writes video games!

Now, admittedly, the previous season of west world started out with its own intriguing scatterplot of characters and failed to resolve itself into a coherent whole. But this season, there is at least a lighter touch to the story and a clearer purpose for its characters. Maeve and Caleb have a clear mission (stop people from coming after us), and Christina has two mysteries of her own to solve (what’s the tower, and what’s a girl gotta do to land a guy in the big city?). By the time Maeve and Caleb wander into the jazz-age park in episode two, I was so along for the ride that I decided to carry on and immediately watch the next two screeners HBO sent out to the press. I will not spoil any further developments other than to say that the show mysteriously continues to be fun, and there’s a player-piano cover coming up that made me laugh out loud. The robots have learned how to have fun. The implications are terrifying, but for now, it makes for good TV.