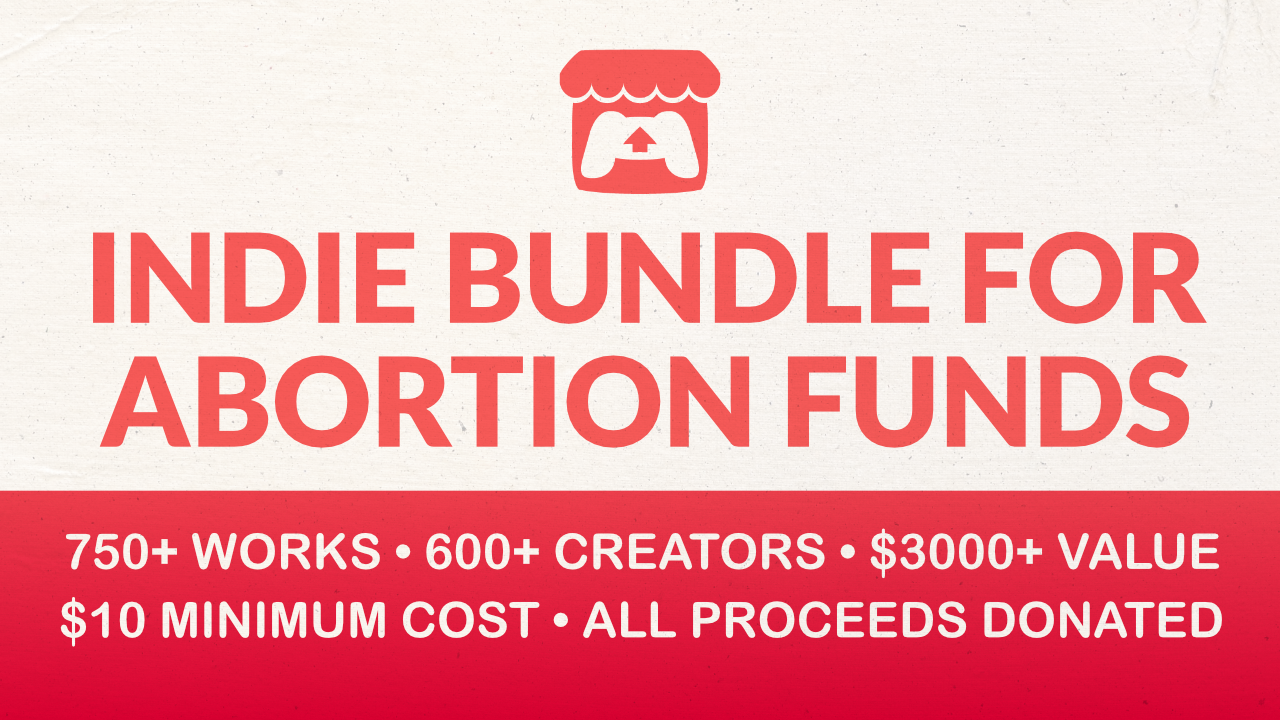 itch.io has launched a new charity bundle to raise money for abortion funds.

The bundle is in direct response to the overturning of Roe v Wade, key US legislation that grants individuals the right to an abortion.

The bundle contains over 750 games from over 600 creators available for a minimum donation of $10. Estimated value is about $3k.

“100 percent of the proceeds from this bundle will go to the National Network for Abortion Fund’s Collective Power Fund, which moves money directly to abortion funds across 20+ US states, with a particular focus on the South and Midwest (where it is often most difficult to get access to abortions),” reads the bundle page.

“This bundle is available for a minimum of $10, but if you have the means we encourage you to donate more. Reproductive justice is an issue that affects us all.”

The bundle consists mainly of indie games from a huge range of developers.

Plenty of game developers in America have spoken out about the law reversal, including Sony studios, Ubisoft, Xbox, Bethesda and more.

A further bundle is also available to celebrate Pride Month, featuring hundreds of games from over 400 LGBT+ artists.