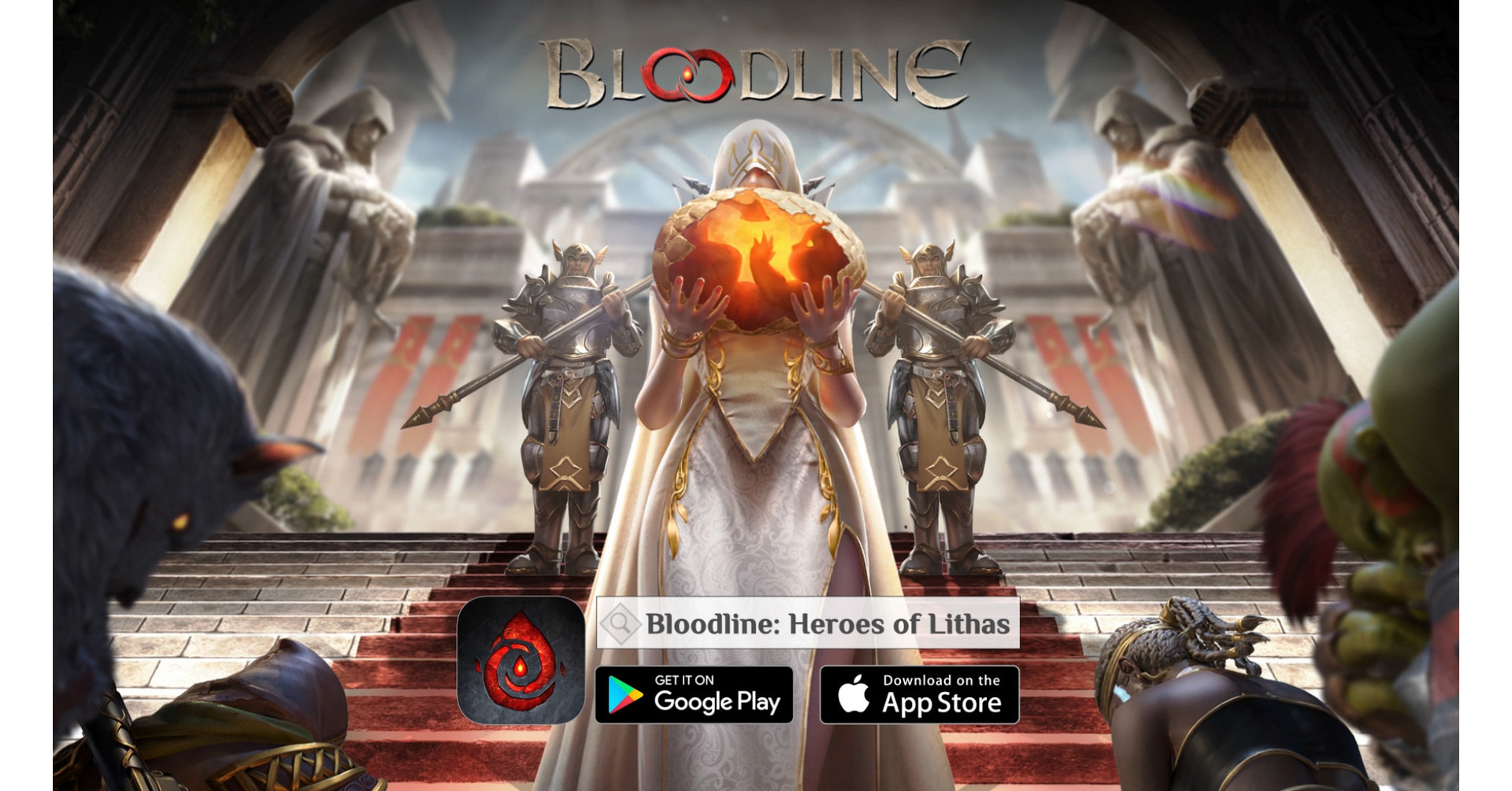 BERLIN, Sept. 22, 2022 /PRNewswire/ — Leading mobile game brand GOAT Games has released its new title: Bloodline: Heroes of Lithas across Europe on Sep 21following hugely successful launches in the US, CanadaUK, Australiaand New Zealand. The game racked up one million users in its first month on the global market, hitting No.1 on the iOS App Store Top New Free Chart in the US on the first day of launch.

The free-to-play RPG game for iOS and Android allows players to make the most of their champion’s bloodlines in order to create new generations of heroes. These characters inherit the skills and power of those that came before them. Users can rebuild their city, wage war, or work for peace with rival factions, eventually growing and developing into mighty leaders capable of uniting the world of Lithas.

To mark the launch, GOAT Games has prepared a special video showcasing the game. The film depicts the role of Derik, who receives a mysterious key passed down by his family for generations. He soon begins an unbelievable journey with the key, transporting him to the fantasy world of Lithas and transforming him into the role of its leader, the next High Guardian. His Chancellor tells him that he has embarked on a journey to develop his powers, growing stronger with each generation, as the game states, “Heroic Legacies Pass Through Generations.”

A Richly Diverse Fantasy World – Lithas is a world home to a huge variety of races and fantasy nations. Build your party to help explore new lands and diverse cultures, forming friendships and developing romantic interests.

Develop a Prosperous City – Utilizing strategic thinking to combine the unique skills of different heroes to bring a new golden era to the City of Light!

Assemble a Powerful Team of Heroes – Build a strong squad capable of defending the world of Lithas by carefully cultivating your champion’s Bloodlines through the generations to determine your champions’ inherit the unique strengths, traits, and skills needed for your future heroes. Bring honor and glory to your clan!

To find out more about the game, download Bloodline: Heroes of Lithas for free on IOS/Android: https://app.adjust.com/5zzjla5_o96eegl. Use the code BLDHOL1 to redeem rewards in game!