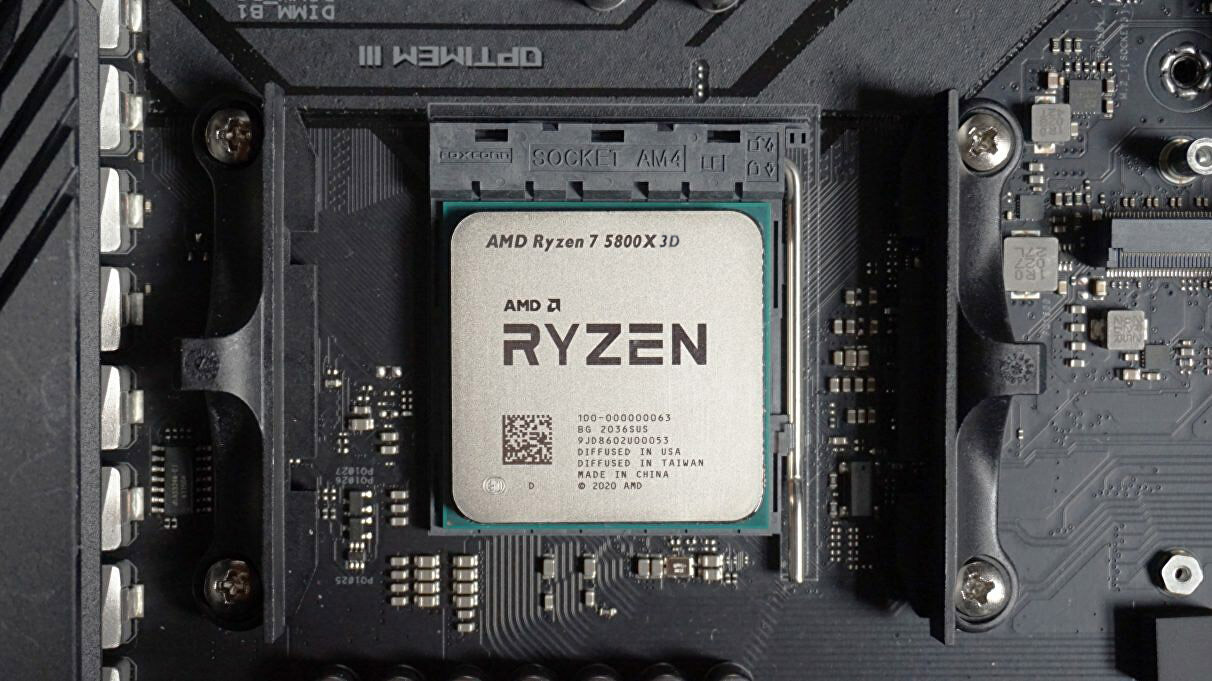 According to a report by Joseph Moore of Morgan Stanley, AMD is expected to see a large drop in revenue this year in its PC segment. Team Red’s revenue is expected to decline by 26% by 2022.

This highlights just how important it is for AMD to get its next-generation Ryzen 7000 processors out there soon, and even more so, how crucial it is for Zen 4 to arrive before Intel Raptor Lake.

It seems that the presence of Intel Alder Lake and its domination of the processor market has finally caught up to AMD in full. According to an analysis published by Morgan Stanley (and shared by Seeking Alpha), AMD’s PC market revenue is set to take a huge hit this year, and finding the culprit is not difficult. While Intel managed to release Alder Lake in 2021 to great success, with several CPUs quickly climbing the ranks of the best processors of the year, AMD did not follow that with a new generation of CPUs of its own.

Intel Alder Lake brought with it a host of improvements, including a hybrid architecture made up of performance and efficiency cores. It also adds DDR5 RAM and PCIe Gen 5.0 support, both of which AMD still doesn’t offer to this day. More importantly, it’s the latest generation of processors, so any people looking to buy or build a high-end gaming PC will likely turn their heads toward Intel, and this has been the case for all too many months.

The heated competition created by Intel was left unattended by AMD for quite a while. This year, AMD got to strike back by releasing a true gaming beast, the 3D V-Cache-based Ryzen 7 5800X3D. It also released some new Ryzen 5000 processors earlier in 2022, including the beefy Ryzen 9 5950X. However, as we found in our comparison, the Ryzen 9 5950X still buckles underneath the power of the Intel Core i9-12900K, Intel’s flagship for this generation. All of that adds up to a CPU market that’s largely dominated by Intel for the time being.

In a way, this should come as no surprise — the PC market as a whole is on a downward trend. Another report, which also surfaced today, says that Nvidia, AMD, and Apple all tried to lower their upcoming TSMC shipments of chips due to a drop in demand. This news comes alongside a different market forecast that predicts an up to 13% drop in consumer PC shipments globally. Motherboard manufacturers are also expecting this to be a pretty bad year, with Asus expecting to see a 24% drop in sales, and Gigabyte — 27%, according to DigiTimes.

While this report sounds bleak for AMD, all of this can still even out, and in all likelihood, AMD will bounce back soon enough. Morgan Stanley expects AMD to see a decline of just 2% in 2022 followed by a period of stability after that. However, the drop in revenue in 2022 should certainly prompt AMD to release the next-gen Zen 4 processors sooner rather than later.

A recent report suggests that AMD may be purposefully delaying the launch of Ryzen 7000 just to give Ryzen 5000 a little bit more time to shine. With a surplus of current-gen processors, the company is allegedly trying to get some of those units sold before most users move on to the next generation of CPUs. Unfortunately, with Intel Raptor Lake looming ever closer, AMD might be better off just moving on to Zen 4 and snatching up the customers who are still undecided. We’ve got a real CPU battle coming right up, and the timing is definitely going to play a part.