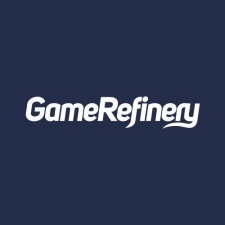 RPGs, minigame modes, and anniversary events were among the biggest draws in mobile gaming across June, according to data from GameRefinery.

The biggest release of the month was, unsurprisingly, Diablo Immortal, which quickly entered the top 10 grossing games in the US.

Disney Mirrorverse also celebrated a successful launch, jumping straight into the US top 100, and being chosen as a finalist for the “most promising soft launch” award at GameRefinery’s 2021 Mobile GameDev Awards. The game is also succeeded in Japanese markets, particularly in the free categories

Success was not locked into some of the biggest IPs in gaming. Bloodline: Heroes of Lithas and Artery Gear: Fusion also entered the top 140 highest-grossing games.

The month also saw several games benefit from anniversary events, with games such as The Seven Deadly Sins and Dragon Ball Legends enjoying spikes in revenue as a result. Similarly, games such as Project Makeover and Redecor included Pride-themed battle passes.

Gucci took advantage of the metaverse by returning to Roblox, this time establishing a permanent presence on the platform with a Fall Guys inspired world called Gucci Town.

One low point for the month was Harry Potter: Magic Awakened. Despite being a huge success at launch, the card game – currently exclusive in Chinese-speaking markets – has been consistently dropping in rankings. The game is due to launch globally later this year.