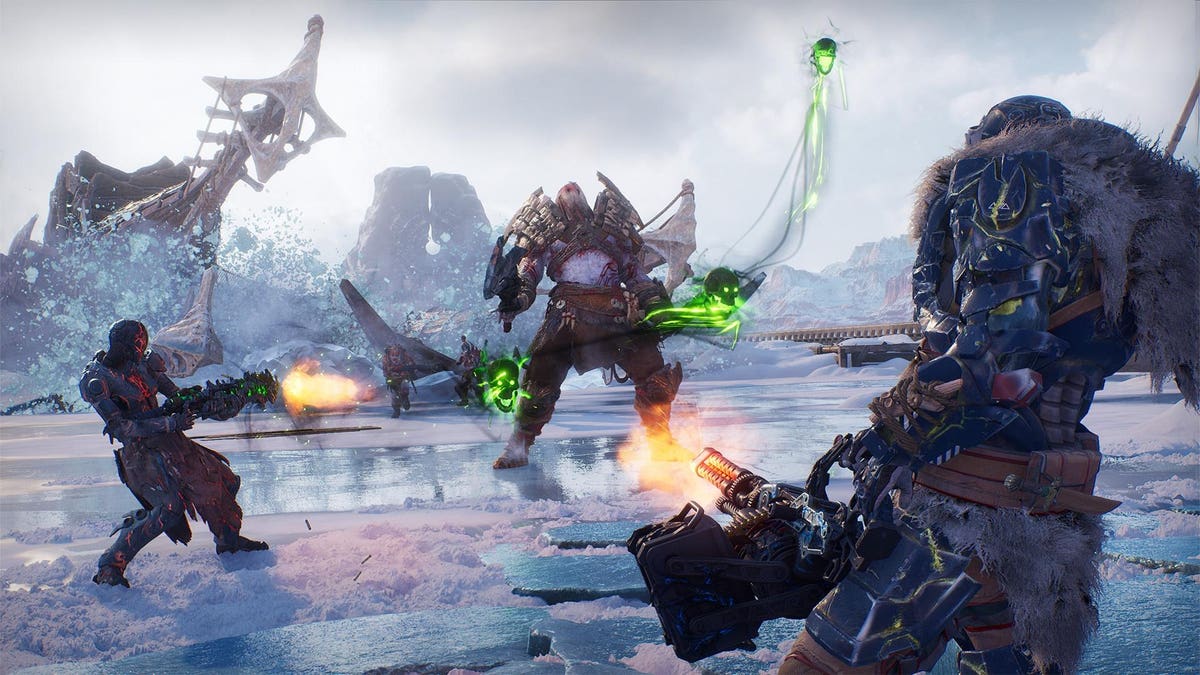 Outrider’s big Worldslayer expansion has arrived, and with it, a reason for players to return to the game if they’ve set it down since launch. While yes, there have been a ton of patches and a few more Expeditions added, this is a big, meaty expansion, especially with the new endgame activity it introduces, The Trials of Tarya Gratar.

I have been playing Worldslayer for a long while now with my review copy, and now on live servers, across both my PC and Xbox characters. Here are five things I think you should know about it, if you’re returning to Outriders now.

1. The Campaign is Just the Appetizer – While Outriders does add a new campaign storyline in Worldslayer, it becomes clear pretty quickly it’s not the core of the expansion. It’s a short drive through the new content, with no side missions, no reasons to replay it more than once, only that you have to on alternate characters. you will probably just barely get through one Apocalypse level by the end, and if you ended the game with a powerful build, you’ll be able to blow through it. What you’ll discover is that all of this is mainly just set up to introduce you to the final endgame farm of Tarya Gratar, the main attraction, so really, all my other tips are going to be about that. The campaign you don’t really need any advice for.

2. Understanding Trials Navigation – I would suggest bringing up the map when you get in, which shows the possible pathways through what initially seems like a maze. Ultimately, you will be going to the same ending, but there are different paths to get there and different farming opportunities along the way. Usually in most zones, there will be one or two paths that lead further into the Trial, and then one or two that will lead to a dedicated “arena” activity with a loot-filled sarcophagus at the end. Once those are beaten, you will teleport out and you can explore more to try to find another one, or progress. The map will show you if there are any more to find. The end of the Trial gets relatively straightforward with fewer details the further you go. In total, you will hit one statue miniboss, one pillar-lowering miniboss, and one final statue boss, every single run.

3. Trial Target Farming – Going back to the arenas, your map will indicate which one of these will have a specific type of loot that drops from the chest, which is how you can target farm at least the slot for potential Legendary Apocalypse Set gear if you’re looking for something specific. You can of course hit all of these arenas in a run, the only downsides are that A) if you die, it costs lives you may need later to complete the whole trial and B) doing all the side arenas turns Trials into a very very long experience. Over an hour, most likely. The very end will let you select between three legendary Apocalypse items, so it’s always worth finishing, if you can.

4. Building Defensively is a Thing Now – No more timers. Those have been killed across the game, meaning you can put more weight on survivability rather than just pure DPS. And given how long Trials are, you may need the extra lives. I found Trials a lot easier on my defensive Devastator compared to my glass cannon Pyromancer, for instance, when running solo. This may require a change in mindset, but Trials is hard and you are going to want to be able to live long enough to get through the entire thing, as that’s how you’ll claim the best rewards. Having a team is obviously the best thing, given that you can revive each other, but that will scale enemy health quite dramatically, so be warned.

5. Apocalypse Tiers and Gear – The main point of Apocalypse Tiers is that not only will you get more resources and XP as you get higher, but the main draw is that it will increase the total Apocalypse loot you get, and essentially the only gear you’ll want to farm for will have that third slot attached. The way this gear works now is that the third slot is random and cannot be changed, but can theoretically roll with a tier 3 perk there, and that chance increases with your Apocalypse level. Now endgame builds will be full Apocalypse sets with a third, likely tier 3 perk in every slot. But if you’re constantly struggling at a higher level, drop it down until you can farm up some upgrades to press on.