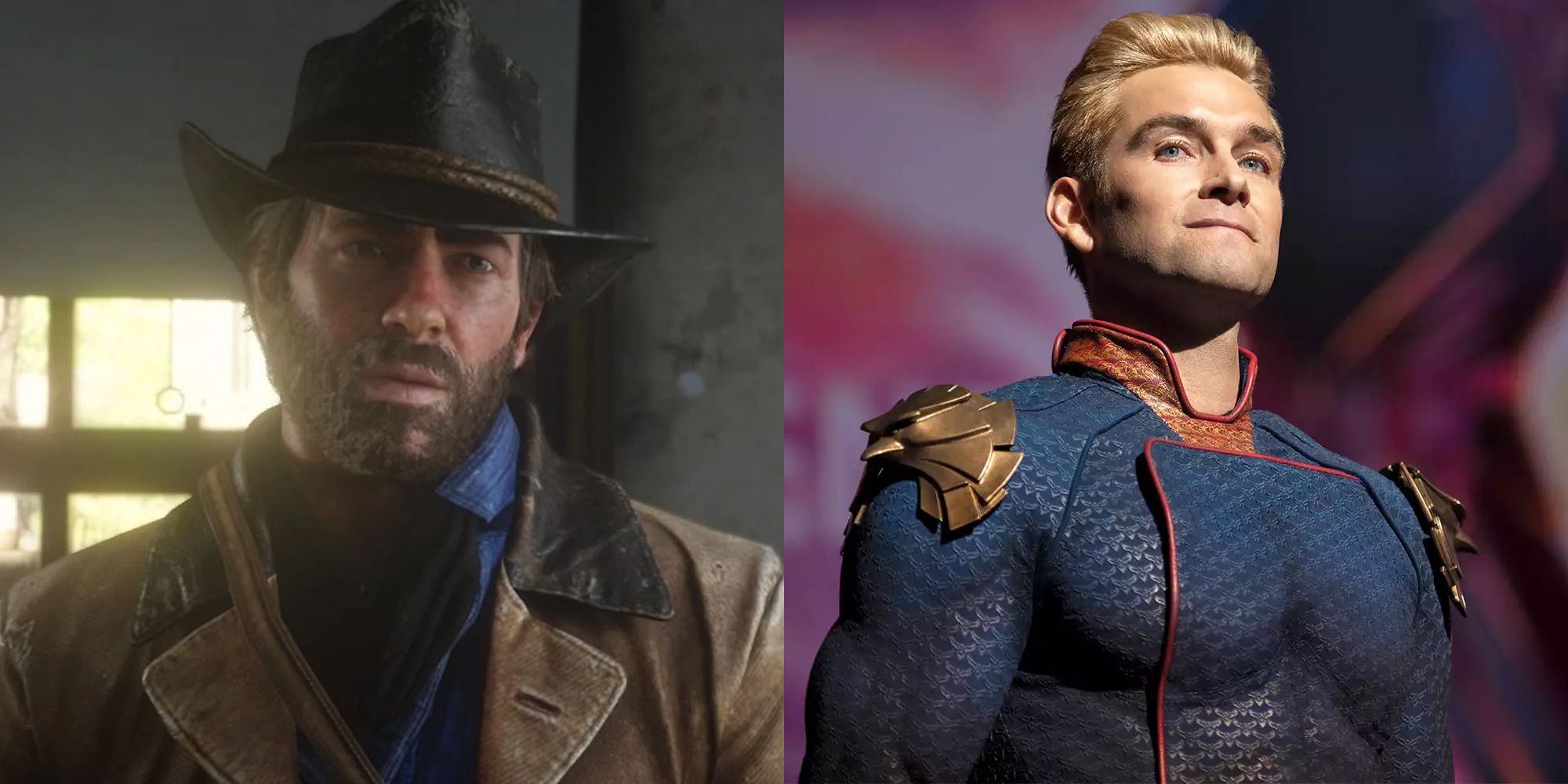 The Boys, currently in its third season on Amazon Prime Video, is a live-action television adaptation of the beloved comic book series from writer Garth Ennis. Fans quickly fell in love with the show thanks in large part to its ultra-violent satirical approach to the superhero genre.

Despite the series making the jump to both animation and live-action, it’s yet to find itself adapted to the world of video games. The gaming industry is full of hundreds of talented development studios, but there are a select few that feel like perfectly fits for the type of video game experience people would expect fromThe Boys†

The name Dennaton Games may not sound familiar, but they are the studio behind the chaotic top-down shooter series Hotline Miami† Both entries in the series feature stylized ultra-violence that sees the player moving through tight spaces in an attempt to come away unharmed, or at the very least still breathing.

The studio can implement superhero-type powers into their already fast-paced action. It seems like the perfect situation where The Boys can thrive in the video game space.

Firaxis Games, best known for the XCOM and Civilization series, has dipped their real-time strategy toes into the world of superheroes with their upcoming release of Marvel’s Midnight Suns† The Boys is a show lauded for its satire and over-the-top violence, but Butcher’s crew also has to handle situations with a bit of strategy and finesse.

RELATED: The Boys: Best Superhero Parodies In The Series

Having players approach situations where they must take down superpowered humans with a group of normal people adds a bit of natural difficulty. Turn-based combat is becoming more of a niche combat style, but if anyone can pull it off with The Boys’ license, it’s Firaxis Games.

Asymmetrical multiplayer games have been hit or miss the last few years, but there are shining examples of how the genre can flourish. One such case is the horror game Dead By Daylight from Behavior Interactive, which sees four survivors try and outsmart a terrifying killer in hopes of escaping.

Imagine a game in which four members of The Boys must navigate a map where they try and avoid a superpowered individual who’s trying to hunt them down and kill them. Though The Boys can be quite comedic, it also does a great job at building tension, as it’s never clear who could die at any given moment. A game with this structure would capture that feeling.

The French game developer Dotemu is coming off of back-to-back acclaimed beat ’em up releases in Teenage Mutant Ninja Turtles: Shredder’s Revenge and Streets of Rage 4† The beat ’em up genre might not be the first thing one thinks of when considering a gaming adaptation of The Boysbut the multiplayer quick-paced action fits in line with the properties’ vibes.

It’s easy to imagine a beautifully rendered pixel-art version of Butcher leading a team around the city in search of supers who have earned a reality check from The Boys for one reason or another.

Gears of War is a respected and well-crafted series that simply doesn’t receive the praise it deserves. The Coalition took over the franchise years ago and has delivered numerous titles that have both elevated and evolved the original vision of what the series was intended to be. Their understanding of the Unreal Engine allows them to bring graphical fidelity and performance to their projects unrivaled by many other studios.

The Boys deserves that type of hand-crafted attention, such that when the game is revealed and fans get their first glimpse of Butcher and the gang in-engine, everyone’s jaw drops at how utterly astounding they look. It’s time The Coalition is allowed to flex and show people what they’re capable of when not hindered by the dismissal of their talent due to their attachment to the Gears of War series.

Naughty Dog is undeniably one of the premier game developers in the industry and has delivered medium-defining experiences with both their Uncharted and The Last of Us series. The former showcases their knack for sarcasm and humor interlaced with blockbuster action, while the latter tackles violence, trauma, and consequences.

Putting all of those together feels like something close to what a game based on The Boys would function like. The reality, though, is that Naughty Dog likes to create their own properties, so it’s more likely they’d pursue the superhero genre in their own vision as opposed to doing something licensed like The Boys† That being said, there’s always hope.

After revitalizing the Wolfenstein franchise over the last decade, MachineGames is now hard at work on their highly anticipated Indiana Jones title. In a world where The Boys’ license fell in their hands, most people would likely be losing their minds at the partnership.

RELATED: The Boys: Differences Between Herogasm In The Show And Comics

The two mainline Wolfenstein titles by MachineGames worked because they were high-quality shooters that managed to tell an engaging, coherent story about an alternate history of World War II. The Boys as a series focuses on satire centered on real-life politics and events, so MachineGames’ experience feels like it would fall in line with that.

No other game developer on the planet has strung together excellent superhero titles quite like Insomniac Games has. In addition to releasing two beloved Marvel’s Spider-Man games featuring Peter Parker and Miles Morales respectively, the studio is hard at work on a game centered on the X-Men’s Wolverine.

The reason people enjoyed Insomniac’s Spider Man titles is that they captured the feel of playing as a superhero in an open-world game and stayed true to the core of the characters. The Boys might be a bit extreme for what they deliver, but Butcher and Logan are every bit as violent as one another.

Rockstar Games develops some of the highest-quality and most detailed games on the planet, but what separates them from studios like Naughty Dog is the sheer scope of their projects. If anyone could deliver an open-world game based on The Boysit’s probably them.

Grand Theft Auto V featured three playable protagonists, so it’s not a stretch to see a reality in which players could play missions as either Butcher, Hughie, or another member of The Boys† Satire is at the core of both Rockstar Games and The Boysand if the accomplished studio were to ever tackle the superhero genre, it’d likely resemble The Boys in some capacity in both tone and theme.

The Boys Season 3 is available to watch on Amazon Prime Video.

MORE: The Boys: Most Wholesome Moments In The Series