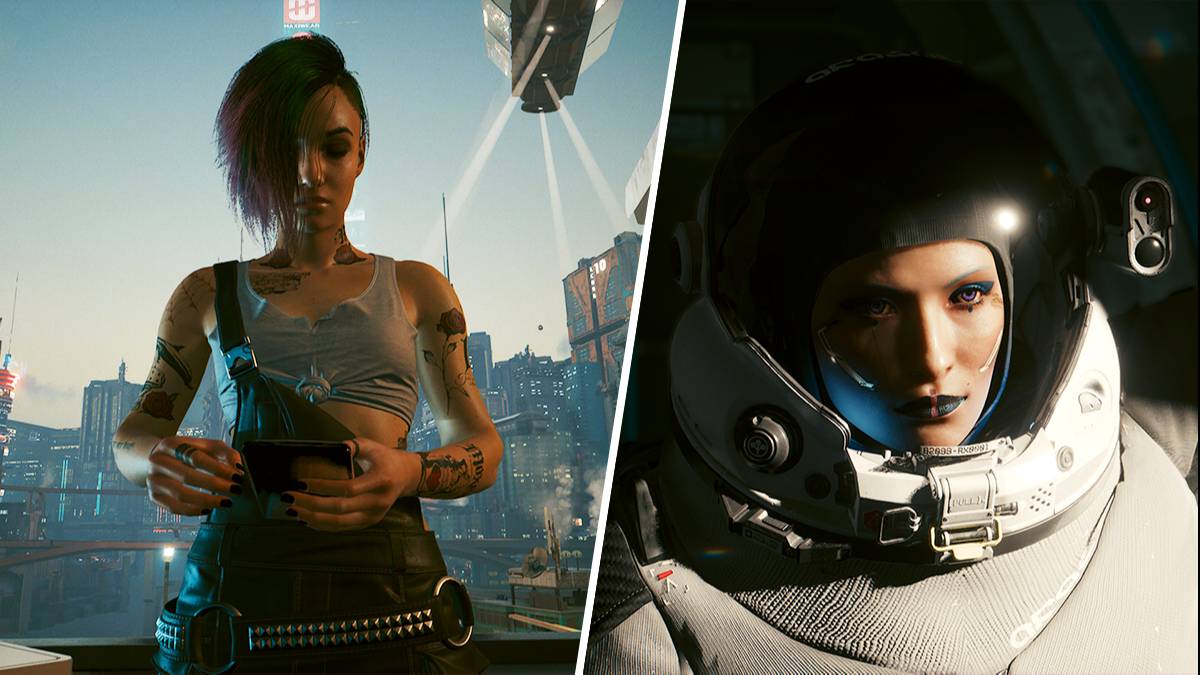 Cyberpunk 2077 has been on an extraordinary journey. When it launched back in December 2020, it was mostly a broken and unfinished mess for many of us. High-end PC gamers had a better time than most, but those of us playing on consoles would often fall victim to all manner of glitches and crashes. This made exploring Night City a disappointing affair, to say the least.

In the present day, CD Projekt RED’s sci-fi open-world adventure is much improved. The game runs smoothly, with no more random freezes or quests not loading properly. There are still a few bumps here and there, but nothing beyond the same “features” present in your average Bethesda game.

Watch this video to see how much better Cyberpunk 2077 is now:

The whole thing feels more coherent, giving players the chance to really drink in Night City’s offerings. Free from the fear of sudden crashes, it’s easier to be immersed in V’s tale. Sure my breath still stops whenever an NPC stops dead in the middle of a quest, but these moments are never followed by a serious malfunction anymore.

Thanks to this marked improvement, there’s never been a better time to play Cyberpunk 2077, and you absolutely should because it has a lot to sink your teeth into. Above all, it has one thing that is even critically acclaimed darling The Witcher 3 can’t keep up with: CD Projekt RED’s most compelling in-game characters yet.

Now, this isn’t an attack on Geralt of Rivia. I’m simply saying, as a fan of both games, that Night City has the more engaging NPCs. yes, The Witcher 3 has Dandelion, Triss and Vesemir, and they’re all wonderful through and through, but Cyberpunk 2077 takes character development to a new level.

For instance, when we meet Judy Alvarez early in the game’s main story, we’re faced with an aloof, somewhat surly techie who is very happy keeping her distance. As the game plays out, you have the option to take on side quests for Judy, and doing so is a thoroughly rewarding experience.

Judy’s questline teaches you about Night City – specifically the corporate indifference to human life – and, in turn, why Judy is the way she is. What she’s done to get to this point in her life. What she achieved and the price of her success. The people she lost along the way. CDPR are no strangers to writing tragedies (literally all of The Witcher series is mired in sadness), but Judy’s story is so masterfully told that it feels like a step forward for the game studio.

One could argue that the first-person viewpoint of Cyberpunk 2077 plays a role (I certainly would), and the graphical fidelity when playing the 1.5 Update on Xbox Series X is another factor, but it’s as much down to the quality of acting and writing on display. When Judy despairs, we despair with her. When her voice strains under the unbearable weight of the hardships she endures, our heart strings strain with it.

Panam Palmer is another such character who leaves a lasting mark. Her story, like Judy’s, is as much about the impact Night City has on its people as it is about Panam as an individual. Seeing her let her guard down as she became more friendly with my V was one of the most rewarding experiences in Cyberpunk 2077†

The trust that I earned from her on our quests felt more significant than any relationship in The Witcher 3, and it wasn’t even a romantic one. There are moments where a romance could be possible if your character fits Panam’s sexual preference (male), but when done platonically, they feel real. She allows herself to be vulnerable with V, and the dialogue in these moments is a crucial element of communicating that, but so too is the body language.

At one point, while sitting on a couch in a remote house after a tense gig, Panam puts her feet on your lap before curling up and falling asleep beside you. The barriers she has kept in place for her own survival are down, and your friendship is all but confirmed by this simple exchange between two business partners-turned-companions. Moments like this are what make Cyberpunk 2077 a must-play game, even with its remaining faults.

It’s not just female characters either, just in case you’ve already written me off as a simp by now. Our first real friend in Cyberpunk 2077 is Jackie Welles. Sadly, that friendship doesn’t last, but there are other male characters who we spend time with. Goro Takemura, for example, is someone who plays a role in the central plot, but there are still moments where you can establish a rapport with him.

Goro’s world falls apart around him, and he essentially winds up a visitor in a strange land. The ever-hostile Night City is no place for outsiders who aren’t prepared, and Goro teams up with V to survive. This union gives you the opportunity to get to know him and, in doing so, you will find a loyal, honorable man with a profound view on life.

Then there’s Kerry Eurodyne, successful musician and former member of Johnny Silverhand’s band Samurai. During a quest with the latter, you encounter Kerry at his mansion, seeing his life isn’t all sunshine and rainbows. As the quest progresses, this disenfranchised rock star recaptures a bit of his former glory, and the conviction in his dialogue is particularly powerful.

Experiences like this exist throughout Night City, and they are the greatest strength of Cyberpunk 2077† For a game that told us we could “become anyone, anything” only to stall at release, it’s amazing what it is now. It’s not perfect, but the excellent characters within will have you believing, if only for a moment, that it just might be the best CD Projekt RED game yet.