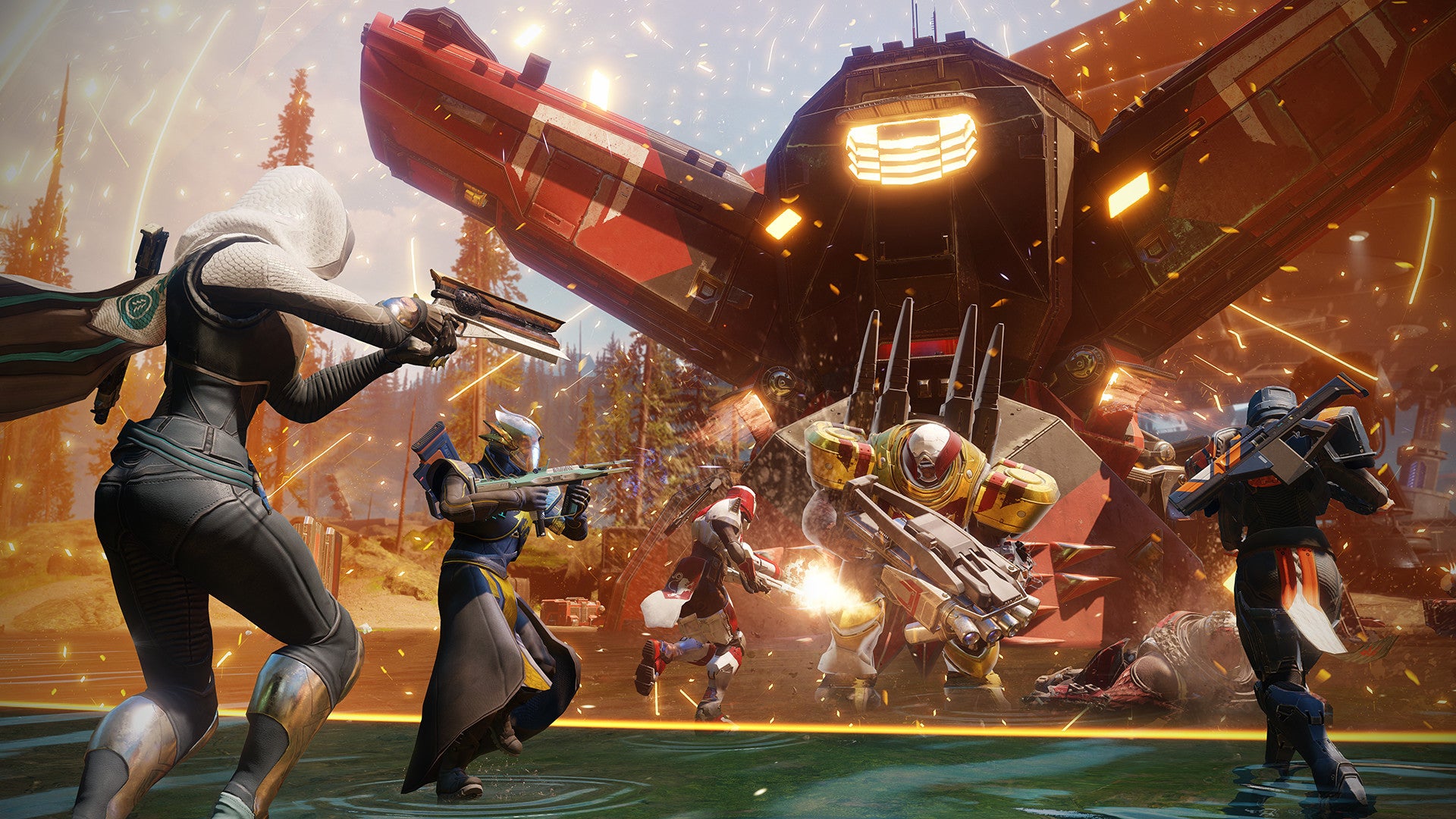 Seven new patent filings from Destiny developer Bungie have been unearthed, mainly all linked to virtual controls on touch-enabled devices, lending further credence to reports earlier this year that it had a Destiny mobile game in the works.

Those reports first surfaced back in July, when The Game Post, citing a source with knowledge of Chinese mobile developer NetEase’s plans, claimed the company was collaborating with Bungie to bring a completely new installment in the Destiny series to mobile – a project said to have already been in development for several years.

It’s in this context that the seven newly unearthed Bungie patents (as spotted by The Game Post) prove particularly interesting. Almost all the patents, published last week, pertain to the implementation of a virtual controller on touch-enabled devices, with individual filings focusing on state-based action buttons, virtual dynamic ledge grabbing, virtual infinite drag and swipe input, virtual automatic aiming ( particularly in relation to an ‘isometric/top-down’ perspective), and action charging via virtual buttons.

A seventh patent, once again contextualized in terms of “isometric as opposed to first-person” perspective, turns its attention to controller state management for client-server networking.

While Bungie is yet to formally announce a new Destiny mobile game, evidence of the project continues to mount. Alongside The Game Post’s previous claims, job listings have been spotted for various roles at Bungie seeking Chinese language skills, a willingness to travel to the country, and experience working on a large-scale mobile title.

Away from a potential mobile outing for the Destiny series, Bungie is also currently working on its next AAA IP – seeming the franchise it trademarked under the name “Matter” in 2018 – and the final two expansions for Destiny 2. The first of these, Lightfall, is due to arrive on 28th February next year, with final expansion The Final Shape to follow, bringing Destiny’s Light and Darkness Saga to a close.