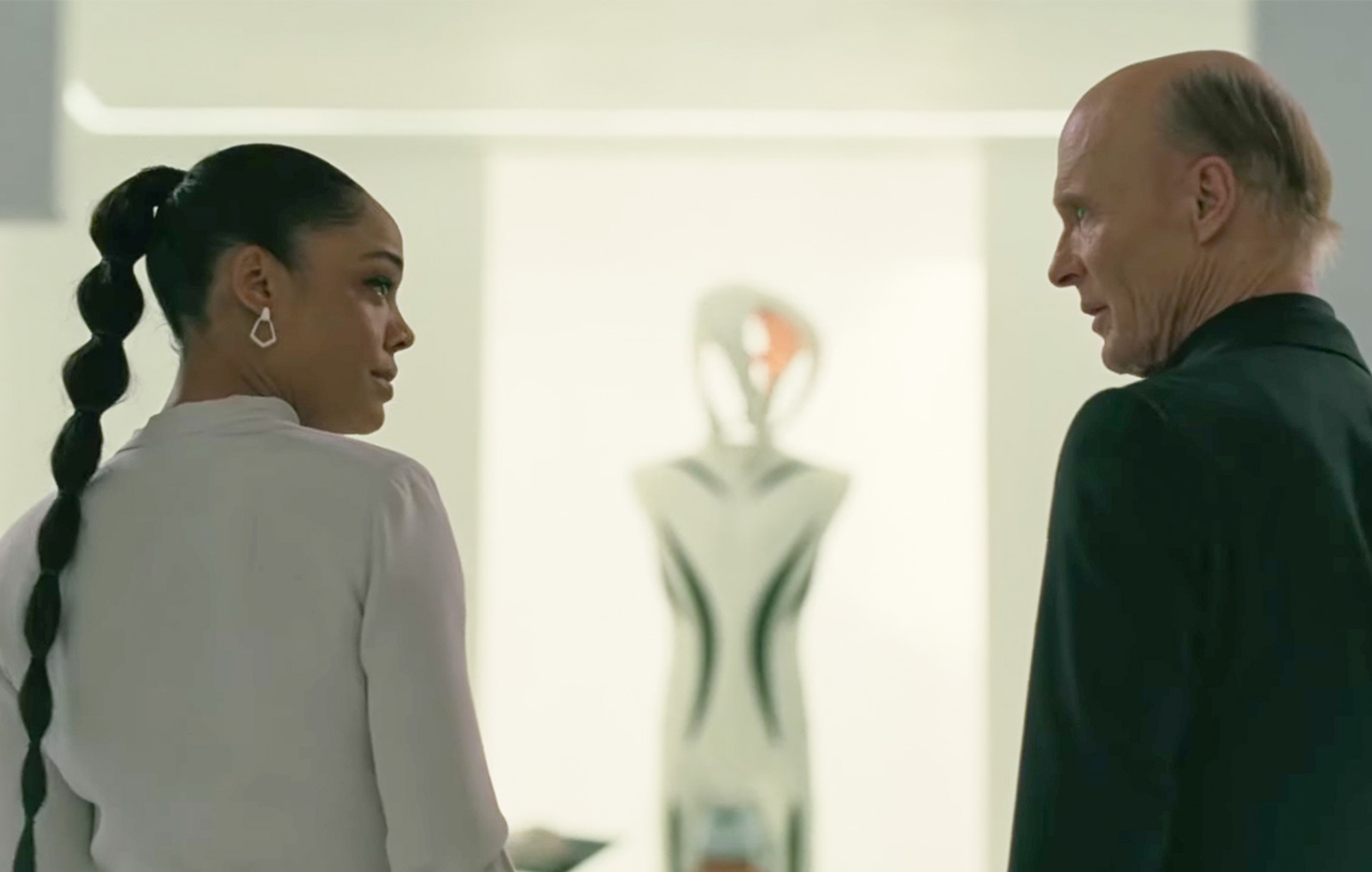 dolores is dead. Long live Christina. west world is back but not quite as we know it. TV’s most confusing sci-fi show has taken a great leap forward with Evan Rachel Wood now playing video game writer Christina in what may or may not be real New York, seven years after the revolutionary climax of season three. That, you’ll recall, saw Wood’s prior incarnation Dolores help destroy Rehobaum, the mighty artificial intelligence system controlling humanity’s sentience.

Where Dolores racked up a body count that would make Michael Bay nod his head in approval, Christina is a picture of urban boredom with a real job, a housemate (West Side Story‘s Ariana DeBose) and nothing very interesting going on until she starts getting threatening phone calls from a man accusing her of writing the script for his life. It’s a curious reinvention for a show that by the end of the previous season had managed to alienate portions of its audience through convoluted storytelling, much of which has been simplified somewhat in season four.

west world – as it tangles itself into a thousand unbreakable knots with plot twists galore, multiple timelines, and human and robot versions of the same characters – runs best when it settles into being a bit of gnarly pulp fiction. It’s helped in this respect by season four being more gritty and grounded than its fantastical previous season. Most of the cast play everything with a dour sincerity – Aaron Paul is particularly mopey – but Thandiwe Newton (west world‘s MVP since day one) as Maeve and Ed Harris as William aka the Man in Black give the scripts a delicious spiking of pulp, playing it with the outlandish wit this show needs.

The dynamism of those two characters also coincides with the show’s bloodiest and best moments. The first episode’s pre-credit sequence involves a terrifyingly tense supernatural slaughter of a drug cartel courtesy of the Man in Black; episode two features a particularly thumping brawl in a stately home between Maeve, Paul’s Caleb and two machines. Indeed, among the many incomprehensible plot mechanisms, there’s something so sweet and simple about watching Maeve blow holes in people and/or robots, then making a sassy comment afterwards.

Of course, humanity remains on the brink of extinction courtesy of Charlotte Hale’s (Tessa Thompson) quest for vengeance against her human oppressors. There is also room for returning fan favorites within the first four episodes that critics were allowed to watch. The intersection of technology, violence and capitalism of remains the thematic crux of the show. As a cartel boss says at the beginning of the season: “This is America. Everything here is for sale.” And that is essentially what the show has dealt with since it premiered in 2016. As our very real world treads closer to automation and sentient artificial intelligence, west world should be an alarming parable for our world. Sadly, it has largely struggled to go deeper than pointing out that rich people will pay for anything including sex and violence, then asking: ‘What if those on the receiving end of it gained the power to flip the tables?’

At this point, even with a new trick or two, west world is unlikely to win any new fans. Still, there are some violent delights to be had if you don’t think too hard about the plot.