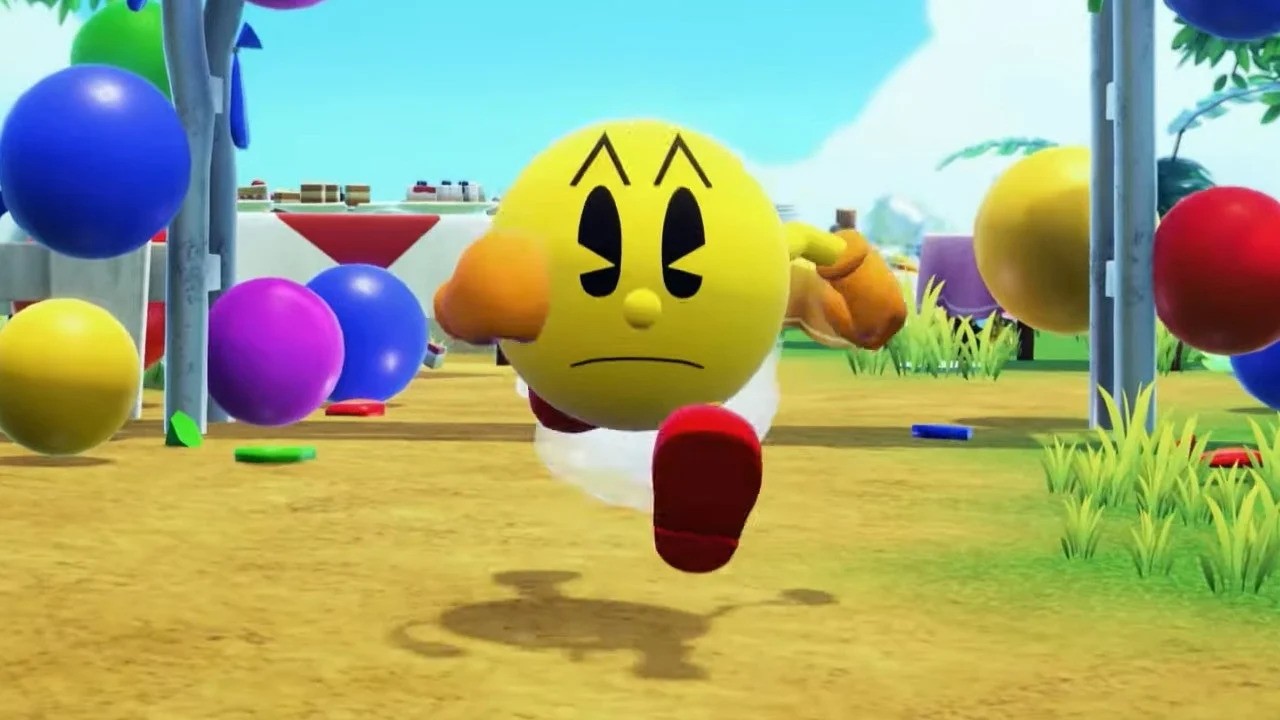 Bandai Namco had some new details to share at Anime Expo 2022 this weekend on the upcoming Pac-Man World: Re-PAC, a remake of the PlayStation platformer. And this new version of the classic 3D platformer had a few bells and whistles added that’ll make the game feel that much smoother.

This is the first time we’ve seen the remake in action since its reveal at last week’s Nintendo Direct Mini: Partner Showcase, and it’s looking really good. The stream shows off some of the abilities that Pac-Man will have in Re-PAC including a hover-jump and butt-bounce abilities. One new ability is that Pac-Man can transform into Mega-Pac, which is a cool little reference to the yellow puck’s original appearance.

During the stream, the Bandai Namco representatives discuss Pac-Man’s family, who have been kidnapped. However, in this version, rescuing your family is entirely optional. One other thing the representatives acknowledged in the stream was the sometimes unfair deaths players would be greeted with in the PS1 original. The developer is fixing this in the remake.

Twitter account @DailyPacMan has a really handy little summary of all the new footage and updates, including some screenshots. Check them out below!

-There will be extra polish to the platforming so Pac-Man doesn’t slip off certain edges he jumps onto
-Pac-Man becomes “Mega Pac” when eating a Power Pellet
-Toc-Man has a jetpack and shoots at Pac-Man. He also appears to be involved in the King Galaxian battle pic.twitter.com/lnsiYNQ311

You can watch the short Pac-Man World: Re-PAC stream below to see just what the game is like in action before you munch your way to the game’s 26th August release date.

What do you think about the updates? Are you excited about this remake of Pac-Man World? Let us know in the comments!