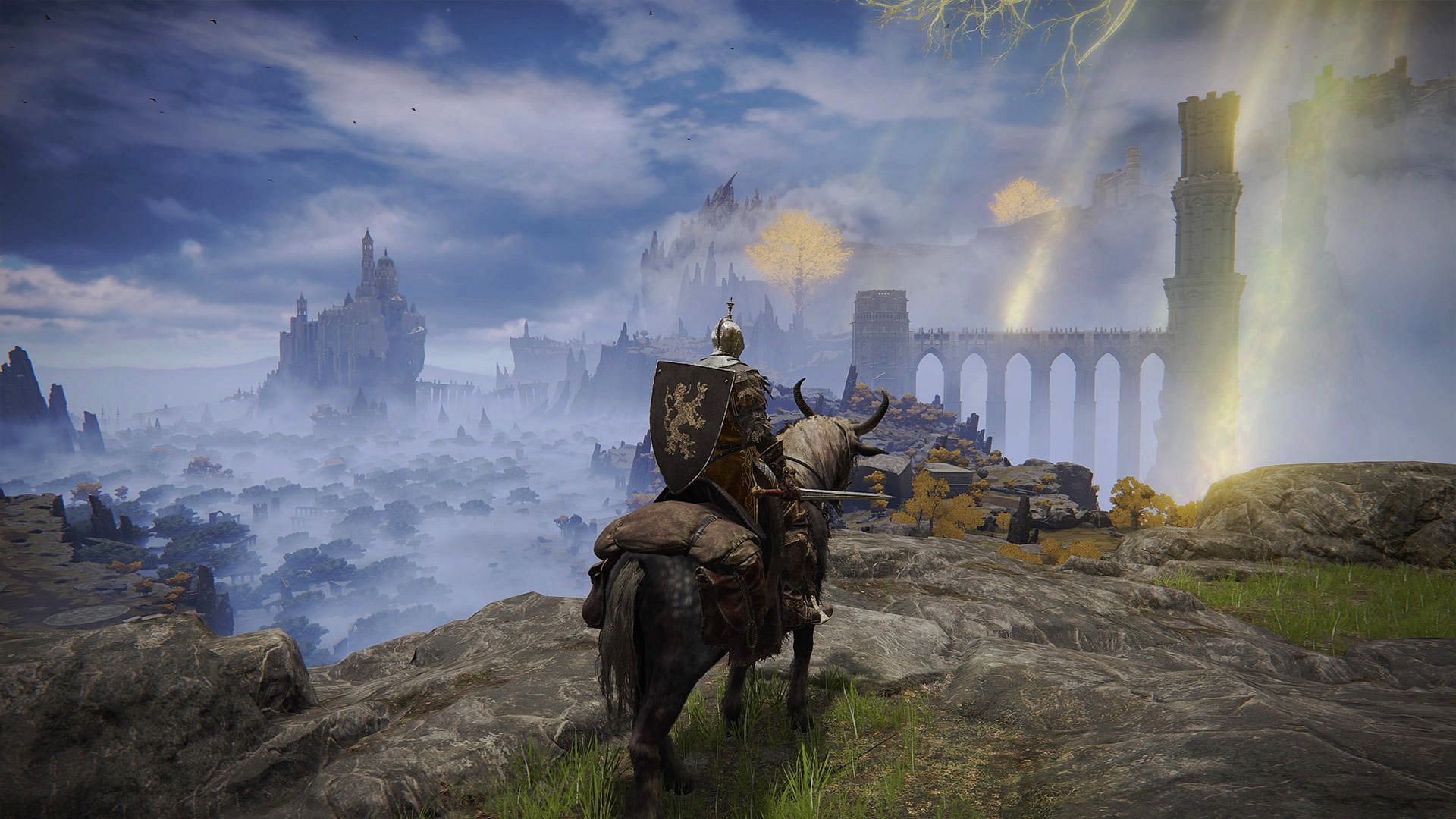 Open-world video games offer players with a large sandbox to play around in, allowing them to traverse long distances and complete quests all around the map. Exploration is one of the key components of such video games, which in turn rewards the player with items, and sometimes even hidden loot for finding hard-to-access areas.

These video game worlds immerse players for long periods, giving them tons of stuff to do and play around in. They will often lose track of time, as they move from point A to point B, while being distracted by a side objective or an attacking enemy doing their best to kill them.

2022 has seen a lot of video game releases so far, letting players have more than enough time to explore fictional/virtual worlds inside their large screen set-ups, nearly coming close to the intricacies of the real world. Here are five of the largest open-world video games that players should try out.

Pokemon Legends: Arceus is the latest mainstream title in the franchise, and offers players a slightly different take. Developed by Game Freak and published by Nintendo, it was released in January 2022, exclusively for the Nintendo Switch.

In this game. the player’s character/trainer is sent back in time to the Hisui region, which will later be known as the Sinnoh region. Various new settlers are now coming to this new region, and most of the land is open, sparse, and dotted with Pokemon.

The map is divided into five sub regions between which players can travel to and from. Each location has many campsites as well as a few settlements where players can fast travel to at any time. While normal Pokemon are scattered about the map, there are some tougher enemies known as Alpha pokemon, similar to boss fights, which can be found and battled.

TUNIC is a Soulslike video game, developed by Andrew Shouldice and published by Finji. This game was released on March 16, 2022, for PCs and Xbox One and Series X/S. Featuring an anthropomorphic fox, whom the players can control around an isometrically viewed open world, they have to fight their way through various enemies and bosses, and collect items to progress their quest.

Similar to FromSoftware’s Soulsborne video games, as well as other Soulslikes, TUNIC’s story is sort of vague, and sometimes told through text, which is in a foreign language. Exploration is the only driving factor initially, while players are later given specific tasks to perform in different areas of the map.

This video game also takes a metroidvania approach, with many areas of the map inaccessible to the players until later when they acquire certain items or tools. Soulslike checkpointing is present with shrines present across the open world where players will resurrect when they die.

A survival horror experience and sequel to the first game, Dying Light 2: Stay Human was developed and published by Techland on February 4, 2022. It is a first-person perspective video game where players take control of new protagonist Aiden Caldwell, who is required to find a means of survival in the city of Villedor —which is filled with zombies, as well as competing factions.

Players have access to a variety of parkour abilities, which allow them to get around the wide open world of the city with ease. Additionally they can unlock more options by aligning themselves with a specific group, which opens up new areas and environmental parkour opportunities. Players also gain access to a grappling hook and paraglider to traverse across the city.

Zombies litter the open world at every turn, although their activity changes depending on the time of day. Sunlight turns the zombies slow, meaning that it is easy to use the streets in the day time. However, zombies are more active at night, which will lead players to stick to stealth and getting around from inside buildings, to avoid detection.

Aloy is back in the new Horizon Forbidden West as she tackles a new land and threat in this action-adventure RPG sequel. Like the previous game, this one too was developed by Guerilla Games and published by Sony in February 2022. Played in a third-person perspective, this video game continues the story of Aloy as she and her friends journey to the Forbidden West.

The game tasks Aloy with recovering a back of the GAIA program and using it to restore balance to the world, after the original program was destroyed in the last game. This has resulted in a red plague that spreads across the world, killing living creatures along the way. Set primarily in the Forbidden West, this open world is significantly larger than the previous game.

Composed of a fictional future version of the states of California, Nevada & Utah, this game’s map is about 7kms across and 5km from top to bottom. Aloy is not expected to travel this entire distance on foot however, as players have the ability to tame rideable mounts quite early on in the game. They can even use a flying Sunwing as a mount later on.

FromSoftware wowed audiences with a fully open-world video game through Elden Ring, with its release on February 25, 2022. This action RPG was set in the fictional world of the Lands Between, whose lore and history were created by Hidetaka Miyazaki in collaboration with renowned writer, George RR Martin.

The first true open-world video game in FromSoftware’s library, players were set upon this world almost immediately after the very beginning of the game, past an optional tutorial area. Stepping into Limgrave, this was one of 5 massive explorable areas, which in turn had various sub regions and locations within them, a significant step up from past games by the developer.

Players were encouraged to venture out and explore, and test their skills against the enemies that littered the world, as well as optional field bosses found roaming the land. Hidden caves, dungeons or underground areas were also explorable, which also ultimately ended up with a boss of their own.

Once they felt sufficiently leveled up, players could take the critical path — indicated by guiding golden lines along the map — to face the mandatory bosses in the game.